Peter Andre has revealed his wife Emily has tested positive for coronavirus antibodies. 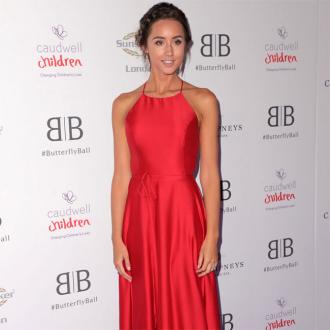 The 30-year-old doctor - who self-isolated for two weeks in March after suffering a headache, a sore throat and aching limbs - recently took a test at work and it's now been confirmed she has the antibodies.

Peter, 47 - who has been married to Emily since 2015 - shared: ''Emily became ill when the cases were soaring.

''Nobody knew the symptoms, not all doctors wore masks and Emily was very exposed.''

Emily is now recovered and has returned to work. But given the ongoing uncertainty around the virus, Peter doesn't know how to feel about Emily testing positive for the antibodies.

He told The Sun on Sunday newspaper: ''Just because she's had it doesn't mean she's immune. Is she even more likely to get it again?''

The music star explained that his wife is being extra careful before spending time with their kids.

Peter - who has Amelia, six, and Theodore, three, with the doctor - said: ''She's got to disinfect herself for 20 minutes. She'll come home, I don't tell the kids she's home. She comes in, she takes off all of her clothes - it sounds great, but what happens is she has to put them in the washing machine, wrap a towel round her, have a shower, completely disinfect herself.

''Every time I say to her, 'What's it like?' - and this is why I respect her so much - all she ever talks about is people doing more.''