He might be originally from Cambridge, but folk singer-songwriter Elliot Porter has a love story to tell about the city of London with his song Lights of Piccadilly, taken from his latest album Lanes. But what inspired this former record store employee to pay tribute to the UK capital? 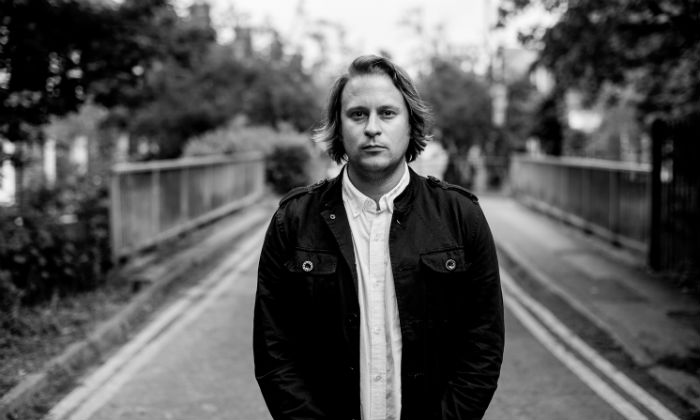 Lights of Piccadilly is a beautiful acoustic track produced by Dave Gerard and featuring Alex Reeves from Elbow on drums. But it's certainly not like any other track he's written. Elliot admits it is a very different approach from his usual work, and that's what makes it one of his favourite releases.

"Broadly speaking, it is a song about a blossoming love affair in a city", he explained in an interview with Discovr.TV. "It also deals with my feelings about living in and around London for a short period, which again can be equated to any major city in the world really - that feeling of needing to get away from the madness, but missing it and always wanting to return."

Elliot has also released video for the track, filmed over the Christmas period. Produced by his friend Dan Lumley, it features a number of recognisable London landmarks among the Christmas lights and generally wintry atmosphere of the big city.

But the basis of the song didn't come organically. The idea actually came from a writing exercise he was doing with a collaborator. Sometimes it takes a prompt of some kind to make us think about important parts of our lives we usually take for granted.

"Basically you take a story, in this case an article from a newspaper magazine which was about cycling in a city or something, and you delete words to create your own story", he said. "From doing this I was able to conjure up imagery based around lights in a big city, and it just so happened that Piccadilly Circus featured and I then built my story around that. The sentiment is based upon personal experiences by the detail somewhat borrowed."

Read the full interview with Elliot Porter on Discovr.Tv.

Quickfire Q&A
Favourite TV show right now: Sex Education  - absolutely brilliant
Worst gig you've ever been to: There's been a few - although they all teach us something!
One thing you'd love to learn: The violin
One thing you'd make illegal if you could: Phones and devices in pubs
Celebrity crush: It was always Zooey Deschanel!