British Vogue Editor-in-Chief Edward Enninful has called for change after he was racially profiled at work. 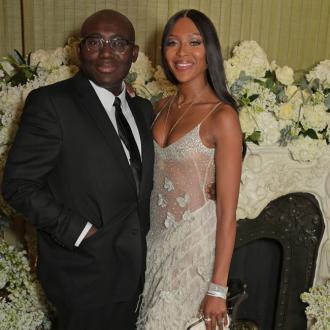 Edward Enninful was a victim of racial profiling at work.

The British Vogue Editor-in-Chief revealed on Wednesday (15.07.20) that he was denied entry to his office at Vogue House in London after a security guard failed to recognise him and directed him to enter the building via the loading bay.

Edward, 48, wrote on Instagram: ''Today I was racially profiled by a security guard whilst entering my work place.

''As I entered, I was instructed to use the loading bay. Just because our timelines and weekends are returning to normal, we cannot let the world return to how it was. Change needs to happen now.''

He wrote: ''Conde Nast moved quickly to dismiss the security guard, but it just goes to show that sometimes it doesn't matter what you've achieved in the course of your life: the first thing that some people will judge you on is the colour of your skin.''

Edward's close pal Naomi Campbell commented on his post and wrote: ''When will this change ? Been happening in UK for so long .. so sorry you had to go through that !! Don't let it deter you .Stay STRONG.''

Model Iman added: ''Normal wasn't working,'' and Yara Shahidi said: ''This is a Egregious! You're absolutely right. The work and the fight continues.''

Fashion designer Marc Jacobs also showed his support, writing: ''Normal wasn't fair,'' while Jameela Jamil commented: ''Oh my GOD Edward. So sorry,'' and Gemma Chan said: ''There's so much more work to do. Sorry this happened to you Edward.''