Add this guy to your playlist ASAP.

Ambient-electro artist DYVR is well on his way to becoming an icon in the LGBTQ+ community as well as an all round rival in the electronic scene with his hypnotic new single 'Rising'. We spoke to him ahead of the release of his new EP 'Part Two'. 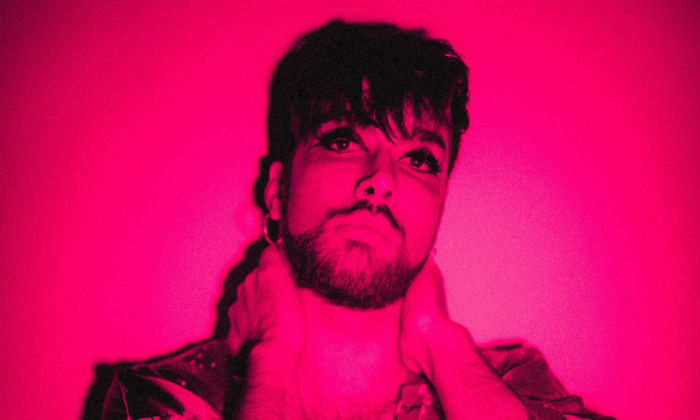 It's pretty ambient and scenic. Someone called it sexy Radiohead once - I think I'm down with that!

I think there are big questions that you have to ask yourself about your identity and who you want to be within your music. Those questions can take a long time to answer. I'm discovering new things about myself all the time.

I think it depends on your goals really. What is the motivation behind your music? These days I'm using my music as a vehicle for queer visibility. There are difficulties associated with that, or with and artist trying to get signed, or wanting to make their living on the road. The tricky parts exist but I think the overall goals make them worthwhile.

Well for me it's always been a bit of a team effort. I write the songs and when they're at the demo stage I take them to my producer and we finish them together. Matt Harris has been working on my music for some time now and we'll occasionally get other musicians involved in that process too. I think it's important that final decisions are always mine but I also want to leave as much space as I can for the ideas of the team to come through as well.

It's a real mix with me. Often the initial idea comes from a feeling I have about a moment in my life. Good music and films tend to trigger inward thoughts and get your mind whirring. It's hard to say exactly where that comes from I think. Sometimes it's words; sometimes it's a melody I hear. I just try to stay open to as much as I can.

Ooh, this is always a tough one. I think I'd love to write a track with Nao. There are so many others but she is the first to come to mind - for a good reason too!

So this is quite hard for me to admit, but I get really nervous about Karaoke. People who have met me or know me well are always really shocked by this because I seem like the kind of person who would love it given the fact that I'm a musician. But actually I find it quite stressful. I'm always really amazed by people who are super confident in that environment. Is that nuts?

My biggest goal at the moment is to be using my music as a vehicle to talk more openly about the world around queer/open sexuality. I want to be as vocal as I can about my place in the LGBTQIA community and hopefully engage others in conversations about who they are in that world as well.

I hope to be doing more work with charities and touring a live show in Europe. We have big plans on that front.

Well this single is part of a record called Part Two, which we will be releasing songs from over the coming months. I'm beyond excited to be putting this music out in the world - I work with and amazing label called Veta Records who are helping me to do that. This record is about trying to find your individuality in the queer community and the big challenges that come with that. Best way to stay up to date is on Facebook or Instagram!