The Duke and Duchess of Cambridge have taken their children on a short UK holiday to the Isles of Scilly. 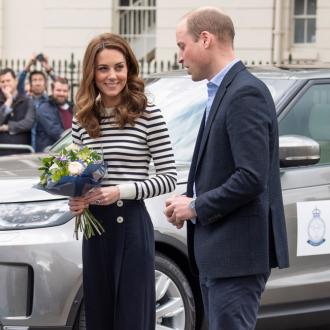 The Duke and Duchess of Cambridge have taken their children on a short UK holiday.

The royal couple and their three kids, Prince George, seven, Princess Charlotte, five, and two-year-old Prince Louis, have enjoyed a few days on the Isles of Scilly, off the coast of Cornwall, but are set to return to their Norfolk home on Friday (31.07.20).

According to the Daily Mirror newspaper, William and Catherine said hello to passers by as they cycled across the island of Tresco on Thursday (30.07.20).

William previously holidayed in the area as a child with his parents, Prince Charles and the late Princess Diana, and his brother Prince Harry, in 1989.

William recently admitted he's found the last few months of lockdown and having to homeschool his children ''testing'' - and joked he's discovered he's not quite as patient as he thought.

He said: ''I found it pretty testing, trying to keep the children engaged and interested in some sort of work. It's been an interesting few months.

''I've learned my patience is a lot shorter than I thought it was! That's probably the biggest eye-opener for me, and my wife has super patience.''

And the 38-year-old royal admitted to worrying about having ''too much time to think'' amid the coronavirus pandemic, though it's also taught him to think about what matters.

He said: ''This period of time has allowed us to all revalue things.

''The thing about lockdown is that it has been a little bit of an awakening that we maybe take our lives a bit for granted sometimes and there's a lot of things out there that can wobble all of us at any time...

''I think particularly now, as a parent, it starts to make you look a bit more to the future at what kind of world we are going to hand over to the next generation.

''There's been a lot of time to think - and you can also have too much time to think, and that's also what worries me.''