Duchess Catherine has been a 'rock' for Queen Elizabeth

A royal source has claimed that Duchess Catherine has been a ''rock'' for the Queen amid the coronavirus crisis. 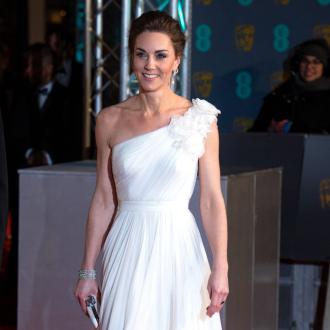 Duchess Catherine has been a ''rock'' for Queen Elizabeth amid the coronavirus crisis.

The 38-year-old royal has helped to keep things running smoothly from Kensington Palace during the pandemic, as the Queen has been adapting to her ''new life''.

A source said: ''These are strange times for everyone, senior royals included, and having Kate as her rock has made it so much easier for the Queen to adapt to her new life at Windsor.

''More than anything, knowing she can rely on Kate and Prince William to handle matters in her absence is the greatest comfort she could ask for.''

Duchess Catherine - who has been married to Prince William since 2011 - has also been keen to ask for the Queen's advice over recent months.

The insider told Us Weekly: ''Her Majesty sees the Cambridges as the future of the monarchy and trusts Kate and William's judgement implicitly.

''Kate asks for advice about speeches she's due to make, whom she can depend on most within the palace and protocol dos and don'ts. The Queen's more than happy to impart her wisdom - she's proud to be Catherine's go-to adviser about royal life.''

Prince William - who has Prince George, seven, Princess Charlotte, five, and Prince Louis, two, with Duchess Catherine - has also been impressed by his wife during the pandemic.

The royal couple have adopted a similar approach to the health crisis, and have been determined to ''focus on positives when things get tough''.

The source explained: ''He's relieved to have Kate to depend on and refers to her as his better half.

''Their approach to everything is similar - they embody that 'Keep calm and carry on' mentality, choosing to focus on positives when things get tough.''