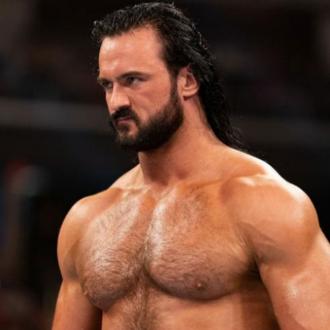 Drew McIntyre has won the WWE Championship after beating Brock Lesnar at 'WrestleMania 36'.

The 34-year-old superstar lifted the coveted belt for the first time in his career at the WWE Performance Center training facility in Orlando, Florida - where the event had been relocated due to the coronavirus pandemic - after defeating his 42-year-old opponent via pinfall.

The challenger was able to score his career-defining victory after landing a series of Claymore kicks and pinning Lesnar to the canvas.

His win means that Drew is WWE's first-ever British world champion and taking to Twitter to celebrate his historic achievement with his fans, he wrote: ''I dreamed a broken dream, and made it come true. I made it for you.''

In another of the evening's most prominent contests, 'The Fiend' Bray Wyatt defeated John Cena in a Firefly Fun House match.

The memorable contest saw the two men journey through different points in wrestling history and eras of Cena's legendary career, with 'The Fiend' suggesting his opponent was a privileged bully.

Ultimately, 'The Fiend' was able to claim an historic win after locking Cena in a Mandible Claw and driving him to the mat.

Meanwhile, Charlotte Flair defeated Rhea Ripley to win the NXT Women's Championship for a second time at the event in Florida.

Flair's victory marked the first time an NXT championship was defended at 'WrestleMania'.

Edge also enjoyed a triumphant night at the WWE Performance Center, where he defeated Randy Orton in a last man standing match.

The contest - which was won via a ten count - was actually Edge's first singles match since 2011.

'WrestleMania 36' was originally scheduled for April 5 at Raymond James Stadium in Tampa, Florida.

However, the event was subsequently relocated to Orlando due to the coronavirus pandemic and was held over two nights with no audience and only essential staff present.

In the main event for Part 1 - which was broadcast on Saturday (04.04.20) - The Undertaker defeated AJ Styles in a Boneyard match.