It may be arguably the biggest television export that Britain’s made in recent memory, but the final season of ‘Downton Abbey’ has opened to the worst viewing figures for the first episode of a series in its history.

The much-loved period drama, documenting the fictional Crawley family’s attempts to move with wider changes in society at the end of the First World War, returned to ITV on Sunday night (September 20th) to an average of 7.6 million viewers. However, this was down from 8.4 million viewers from the first episode of the fifth season this time last year. 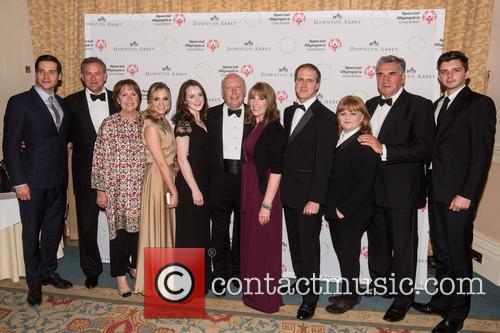 The cast of 'Downton Abbey'

It did, however, easily top the viewing figures for BBC One’s adaptation of L.P. Hartley’s ‘The Go-Between’, which attracted 2.6 million. The second episode of Channel 4's 'This Is England '90', which will provide a full stop to the ongoing saga of Shane Meadows' characters we were first introduced to nearly ten years ago, got 1.4 million viewers.

While parts of the social media world were commenting on the relative lack of action, reviews were generally positive but guarded in their praise. Andrew Billen, writing for The Times, was generally representative of the critics’ consensus: he said the first episode was “comfortingly pleasurable, even during the substantial stretches when it is not very good.”

Sam Wollaston, writing for The Guardian, was rather less impressed. “There is some very tedious business about a hospital, but it's really just a way… to provide Dame Maggie Smith with a few of her withering putdowns. Thank heaven there's not much more of this.”

However, ratings such as these are an increasingly less accurate way of gauging popularity and true viewing figures in the age of streaming and catch-up TV. Broadcasters ITV are unlikely to be that concerned with these figures, experts are saying.

‘Downton Abbey’ will definitely be coming to an end in 2015, according to its creator Lord Julian Fellowes, with the last ever episode coming as part of a Christmas special. “There's a sense of finality,” he told The Telegraph earlier this year. “Hopefully there will be a mixture of sweetness and sorrow. They aren't all going to be wiped out by a meteorite.”