Dorinda Medley has quit the 'Real Housewives of New York', as she praised the show for helping her ''heal'' after her husband Richard H. Medley passed away in 2011. 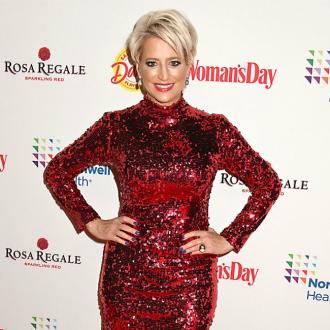 Dorinda Medley has quit the 'Real Housewives of New York'.

The 55-year-old entrepreneur has revealed she will no longer be appearing on the Bravo show after six seasons, as she praised the reality show for helping her ''heal'' after her husband Richard H. Medley passed away in 2011.

She wrote on Instagram: ''What a journey this has been. I have laughed and cried and tried to Make it Nice...

''But all things must come to an end. This was a great outlet for me to heal when my late husband Richard passed away.

''I have met so many interesting people and learned so much about myself, about life and about women along the way.

''Thank you to Bravo and NBC for the incredible ride and to my cast mates for constant stimulation and entertainment. I wish you all health, happiness and success.

Dorinda - who joined the 'Real Housewives' family in 2015 - didn't specify her exact reasons for leaving the show, but she is the second Housewife to exit in recent months, following the departure of Tinsley Mortimer in June.

In response to the news, Bravo boss Andy Cohen wrote in the comments: ''What a ride. Unforgettable.''

It's unknown as of the time of writing whether the door is open for Dorinda to return to the show in the future.

Meanwhile, Bethenny departed the show in August last year, but Andy - who is the show's executive producer - believes she could make a comeback as she previously left after season three and returned for the seventh instalment.

He said: ''My overwhelming feeling about Bethenny leaving New York, and I told her this six weeks ago ... that I am so grateful that she came back.

''She already left is what we need to remember, so we were so lucky to have these last seasons with her in it.

''And it was just so fun to have her back and she brought so much to the show that I am just living in the gratitude of her second return.

''And I hopefully will live in the gratitude of her third return.

''Because we are much like the mob, you can't get out. And I do hope and think that she will come back sometime.''