First-time nomineeDoja Cat is set to perform a medley of her hits at this month's Billboard Music Awards. 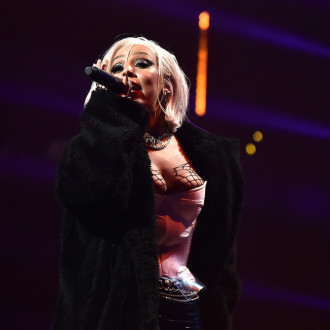 Doja Cat will perform a medley of her hits at the 2020 Billboard Music Awards.

The 'Say So' hitmaker - who is nominated for the first time for Top R&B Song for 'Juicy' with Tyga - is among the latest additions added to the lineup for the Kelly Clarkson-hosted ceremony on October 14, which will air live from Los Angeles' Dolby Theatre on NBC.

Kane Brown, Swae Lee and Khalid are also set to give the world premiere performance of 'Be Like That'.

The likes of Alicia Keys, Bad Bunny, BTS, Luke Combs, En Vogue, Demi Lovato, Sia and Post Malone were previously confirmed to take to the stage for the show.

Demi is set to give "a world premiere performance of a new song".

The announcement was made hot off the heels of the pop megastar releasing breakup ballad 'Still Have Me', a week after she broke off her engagement to Max Ehrich.

Demi tweeted: "YOU GUYS!! I'm performing at the

Australian superstar Sia is billed to perform her new single, 'Courage to Change', while legendary girl group En Vogue will mark the 30th anniversary of their 1992 hit 'Free Your Mind'.

Post Malone leads the nominations with 16 nods, including the prestigious Top Artist award, which he will contest against Billie Eilish and Khalid - who both received 12 nominations - as well as Jonas Brothers and Taylor Swift for.