It seems we're not the only ones whose jaws dropped when we saw Doja Cat crawl out of a television screen The Ring style with a ripped dress, dark make-up and lank hair at the 2020 MTV European Music Awards, only to perform a hard rock rendition of her song Say So. Apart from the fact that the song, and indeed Doja Cat herself, is the most pop thing ever, we just weren't expecting such an alternative side to the singer - and we certainly weren't expecting to love it so much. 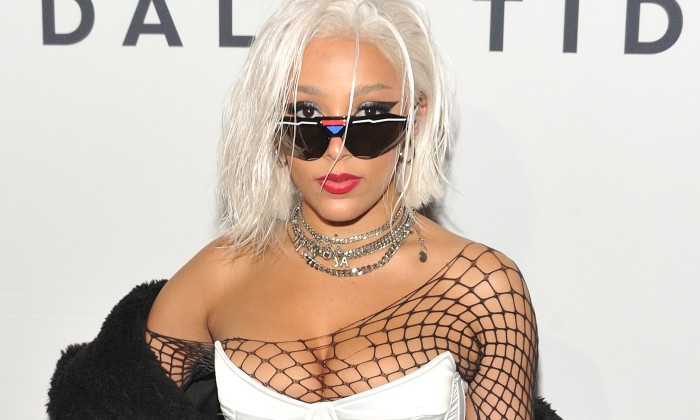 We ought to stop being so shocked when this happens by now, though; after all, she's not the only pop sweetheart to have made a controversial transformation in recent history. Here are just a few women in music who furthered their success by trading in their innocence...

From Christmas, Why Can't I Find You? to Make Me Wanna Die... Taylor Momsen

OK, so the Pretty Reckless star has never been a "pop sweetheart" as it were, but she was certainly a sweetheart with the voice of an angel when she appeared in 2000's The Grinch as little Cindy Lou Who. Ten years later she's in an alt-rock band with insane eyeliner game and a hit with debut single Make Me Wanna Die. It's hard to believe it's the same girl!

She made a name for herself with her second album A Girl like Me featuring the tear-jerking ballad Unfaithful and the innocuous SOS, only to release Good Girl Gone Bad a year later (with the eventual re-release featuring the dark AF Disturbia), before stepping up her game again with 2009's Rated R featuring the sexually suggestive Rude Boy and Russian Roulette. By the time it got to S&M on Loud, we knew the innocence of her early career was long gone.

From Teardrops on My Guitar to Look What You Made Me Do... Taylor Swift

Taylor Swift first dropped her cute country curls and acoustic guitar for a more pop-friendly look with 2012's Red, but this and even her follow-up 1989 was still very much rooted in upbeat bubblegum-pop territory. We first saw her edgy side with her song Bad Blood, but it took some real bad blood with certain people in the industry for her to wave goodbye to her nice-girl image with 2017's Reputation. As she says in the menacing hit track Look What You Made Me Do: "I'm sorry, the old Taylor can't come to the phone right now. Why? Oh, 'cause she's dead!"

From Party in the U.S.A. to Wrecking Ball... Miley Cyrus

This was a transformation no-one could miss because it just seemed to happen overnight. One minute Miley Cyrus was Hannah Montana, and the next she had cut off all her hair and was twerking up against Robin Thicke in latex underwear at the 2013 MTV Video Music Awards. Then she stripped naked for the video of her hit Wrecking Ball, which is something she'd later come to regret. Still, it was an effective way to shed her wholesome Disney star skin once and for all. She's calmed down a lot since her Bangerz album, but lately she's been turning her hand to rock, and nailing it.

From Baby One More Time to If You Seek Amy... Britney Spears

We've come a long way since Britney hung up her school uniform from 1998's Baby One More Time in favour of a more mature image. First there was the noticeably more grown-up Toxic from In the Zone, and then there was the whole 2007 drama which will go down in history as the most public celebrity breakdown ever. After that it was all "It's Britney, b****h" on her Blackout album, before she really turned up the heat up on 2008's Circus - particularly with the thinly veiled sex anthem If U Seek Amy. It's been a wild ride, but our adoration for her will never wane.

From Genie in a Bottle to Dirrty... Christina Aguilera

It's hard to believe that the teen pop songstress who enchanted the world in 1999 with her hit single Genie in a Bottle is the same woman who stripped down to a bikini top and hotpants to dance provactively in a boxing ring in the video for 2002's Dirrty ft. Redman. The sexualised nature of her new image and her new hip hop connections marked a controversial move, but it certainly left her with a more mature demographic which was likely the intention.