Matt Mason has heaped praise on Liam Gallagher, saying having his support is "great". 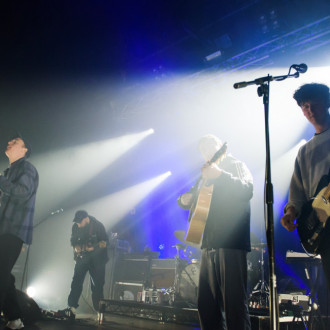 The three-piece rock band - which features Tommy O'Dell, Matt Mason, and Johnny Took - have already been given the blessing of the former Oasis star and they admitted that receiving support from Liam is "great" for them.

Matt said: "Liam is a fan so it's good to have his seal of approval. If people say you're ripping off this band then they turn around and tell you that 'you suck' that's probably heartbreaking, but to get these Oasis comparisons and for him to like us is great.

"It makes you feel less of a d*** when the Godfathers approve."

Liam, 48, attended the band's gig in London where they recorded their 'Live At Brixton' album.

And Matt found having the outspoken star in attendance to be "reassuring".

He told the Daily Star newspaper: "Yeah, he came to the Brixton show and watched the whole thing, having him there was reassuring."

The album was recorded a few days before the coronavirus lockdown was first introduced in the UK.

And at the time, the band - who hail from Sydney, Australia - never intended to release the album so quickly.

Matt said: "The fact we recorded the last gig before COVID is kinda spooky.

"We don't intend to release it this soon. I think we recorded it to tell if we were s*** or not."

Matt also admitted that the pandemic has changed how they work.

He revealed that they've actually been writing new material for Australian pop stars, as they've not been able to play live.

The musician explained: "The pandemic has made us reach out to other avenues to keep interested.

"We've started songwriting for other people, like pop stars in Australia."