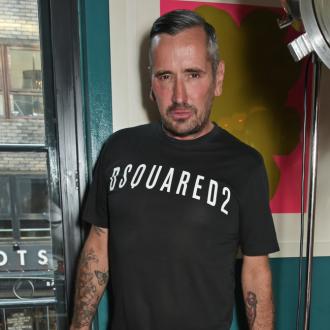 The 54-year-old star was the DJ at the aspiring photographer's 21st birthday earlier this year and joked there will be ''trouble'' if he's not asked to provide the entertainment when Brooklyn and fiancee Nicola Peltz get married.

Asked about the possibility, he laughed and said: ''Who knows about that. If I'm not there's going to be bloody trouble, let's just say that!''

Tony has been friends with Brooklyn's parents, David and Victoria Beckham - who also have Romeo, 18, Cruz, 15, and nine-year-old Harper together - for several years and admires the way the whole family have stayed down-to-earth despite always being in the spotlight.

Speaking to 'Access All Areas' hosts Bobby Norris and Stephen Leng on FUBAR Radio, he said: ''I love Victoria and I love David and love all the kids. They get a raw deal man sometimes and all they do is good things.

''They are an incredible family... and those kids are the most charming kids you'll ever want to meet, so polite.

''And there's no like, 'I'm Romeo Beckham', there's none of that stuff whatsoever. It's incredible, it really is.''

Meanwhile, Tony previously battled addictions to drugs and alcohol for 28 years and admitted he sunk so low at one point, the only thing he had to ''look forward to'' was planning his funeral after his death.

''But at the time, that was all I had to look forward to. Because my life had got so bad, it had become so normal to be that way.

''Rock bottom had happened so many years before and life becomes survival and it wasn't a life anymore, it was literally day to day survival in the sense of, how can I get this, who can I get it from and where am I going to be. So yeah, it got very dark.''