Dermot Kennedy gets 'cynical' when musicians get political

Dermot Kennedy has admitted he doesn't like it when musicians get political in their music because it appears like they are just ''jumping on the bandwagon''. 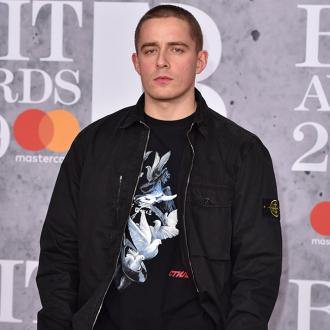 Dermot Kennedy ''gets cynical'' when artists sing about politics.

The 'Power Over Me' hitmaker has revealed he was told to be more political and share his stance on social issues on his music, but he refused to as he thinks it looks like you are just ''jumping on the bandwagon''.

In an interview with The Independent, he admitted: ''I get real cynical when artists do that.

''Obviously people feel that strongly about things. But other times it's like they're jumping on the bandwagon.''

Dermot added that Stormzy is an exception as he uses his political assertions in his music to bring about change.

The 28-year-old singer/songwriter also admitted that he doesn't want to ''be the guy with an album full of love songs'' either.

The 'Outnumbered' singer recently said he believes grime superstar Stormzy is ''determined to leave a legacy.''

He said: ''I think Stormzy is somebody who sets a beautiful example in terms of being a massive name, but also always keeping it about the art, and the way he presents his art.

''I just think you can tell when somebody is determined to leave a legacy, and I think that's what that looks like.''

Meanwhile, Dermot recently featured on the star-studded cover of Foo Fighters' 'Times Like These' to raise funds for BBC's charities Children in Need and Comic Relief and those impacted by coronavirus, which is currently climbing the Official UK Chart.

Dermot - who performed alongside the likes of Dua Lipa, Dave Grohl, Coldplay's Chris Martin, Biffy Clyro, Rita Ora and many more for the single, which was released as part of BBC Radio 1's Stay Home Live Lounge segment - tweeted: ''It was such a pleasure to collaborate in this special Live Lounge cover alongside so many talented artists to raise money for charities who provide essential support to those who will be significantly impacted by this pandemic.''