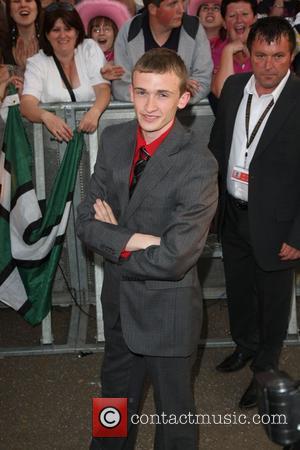 Producer DR. Luke has dropped a defamation lawsuit against country rockers The Bellamy Brothers after they apologised for suggesting Britney Spears' hit single Hold It Against Me ripped off their work.
In February (11), singer David Bellamy accused Spears and Lukasz 'Dr. Luke' Gottwald of copying the title of the song from the duo's 1979 track If I Said You Had a Beautiful Body Would You Hold It Against Me.
Bellamy went on to state that he and his bandmate brother were consulting lawyers over possible plagiarism claims, but Gottwald immediately hit back and filed suit first, demanding damages for making false allegations.
However, the legal action was dismissed last month (Aug11) after The Bellamy Brothers admitted they were wrong in accusing Spears and her collaborators, Gottwald and song co-writer Max Martin, of stealing the idea for the tune from their release.
In a statement, obtained by Tmz.com, the country stars say: "The Bellamy Brothers apologise to Dr. Luke and Max Martin for the Bellamys' public statements and any false impressions suggested by the statements on their website that Dr. Luke and Max Martin copy the works of others."