Having just released his new single - Cut To The Chaser, Southampton's Matt Bisgrove (aka Darling Darling) is "riding off the crest of the wave". Matt's latest single, released on September 30th via Honeymooner Records, is only his second release and follows up his retro leaning debut single - Paint It Sister. Both tracks have a nod to the 60's with sweeping sonic layers and hooks aplenty among the harmonious mix. Matt says that Cut To The Chaser is about "Someone who is a fresh set of tonic to the mundane and you want it as a chaser to every bad memory you’ve ever had?" Adding that [it's about] "That exact moment where you get the buzz of something new. The feel of something new. The taste of something new. And though it may not last forever, it helps you live in the here and now." With ambitious plans to own his own label and a record studio, as well as plans to release his debut album next year, we caught up with Darling Darling whilst we could. 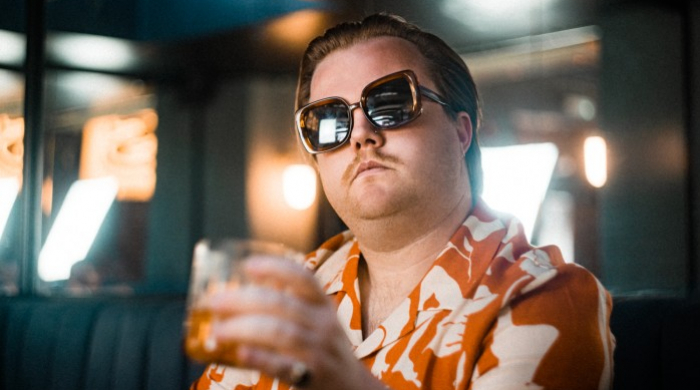 It's a confident cross between Indie, Rock, Pop and R'n'B. A modern take on the 60s R'n'B and 70s baroque pop with added contextual swagger.

I think its the same sort of difficulty you face in any creative industry; approval. Be that personal or universal. Something contextually may mean something to somebody and not to you and it's kind of odd because you believe you have this ownership over your own art - and in a way you do - but in so many others you don't. In that, again, you have your own relationship with your art and somebody else has theirs. I'd rather somebody actively hate what I do rather than be indifferent. Imagine making something that made somebody feel indifferent? Hate and Love are two sides of the same coin and they are equally powerful measures of emotion, so I'd honestly rather that than indifference.

You'll likely never be 100% happy with your art, so as long as it is an intrinsically genuine piece of you, it is fine. That sounds pretentious, but it is also the truth.

Incredibly, obviously. Anybody who says the opposite is in music for the "wrong" reasons. I'm not saying that's a negative thing, but again it is a question of genuinity. That's not a stab at people who have 16 songwriters etc. on their tracks, because whatever works for you as an artist, works for you. What I mean by genuinity is it is real to you? Like truly real. Whether what you're writing or singing about is actually your story to tell is irrelevant, but is it the most true thing you can produce concerning that subject matter? Does it cut corners? Are you happy with it? Because you may think that listeners can't smell or see ingenuity, but they can.

I'd love to collaborate on a track with Alexandra Savior - I feel as though that would be great! Dr. Dre would be another..imagine his production skills? On another planet. Mark Ronson, HAIM, and Billie Eilish would be cool as hell.

On a local level Wild Front are incredible songwriters - I'd love to collab with them. Or Defcon Lawless.

I once played Jesus in Jesus Christ Superstar in High School. It was a one way ticket to ego central I can tell you.

Absolutely. To be a successful musician and Label and record studio owner.

Getting ready to drop the first single from my debut album. It's a great track and the album is going to be class also.

Riding off the crest of the wave of my new single Cut to The Chaser and playing shows both local and in London. I have a music video to share soon. The next batch of music is out spring next year.