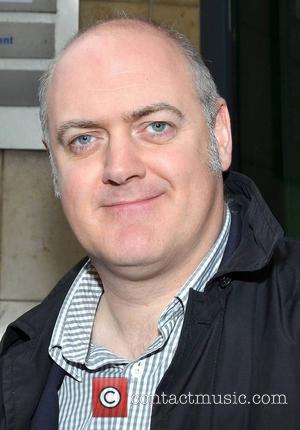 Dara O Briain Craic Dealer came out yesterday (Nov,12), and the comedian, presenter, science enthusiast and panel show member has been talking to The Sun’s TV Magazine about all things O Briain.

O Briain has risen through the ranks of Britain’s comedy circuit over the past few years, and he now hosts the popular new science show on BBC 2, Science Club, as well as hosting The Apprentice: You’re Fired, a spin off show of The Apprentice, created by Alan Sugar. “I actually only spend time with him when he comes in to do the You’re Hired show,” said Dara of Sugar. “But we get on well. Sugar was at school in Ireland. The first time he met me, he greeted me in Irish, which was an enormous surprise. Because I’m Arsenal and he’s Spurs, he tries to get me involved in all the banter he has with Piers Morgan on Twitter but I can’t be a***d.” And on the subject of Twitter, the Irish funny-man doesn’t hide his thoughts. “I like Twitter,” he says. “But if someone trolls me I will troll them back. Sometimes someone says something really rude but then you look at their account and it’s just all rude tweets to well-known people, so you just block them. Some people say to that: ‘Ooh, you can’t take criticism’ but it’s like meeting a boring person in a bar. The great thing with Twitter is you can just make them disappear.

With a science degree under his belt, O Briain doesn’t look out of place on brainy shows like QI, but now he has a scientific show to concentrate on. “We take a topic like Music & Sound or Life & Death and then see what we can do with it if we take it from about nine different directions with scientists and a studio audience,” he said of the show. “It’s me in my fan-boy science mode.” Sounds fun.