Danny McMahon talks the UK's country scene, the wonders of phone notes and being a mouse [Exclusive]

A rising country star opens up about the UK scene.

Armed with his charming blend of classic country and accessible pop sounds, Danny McMahon prepares to drop his new EP Boys Cry Too on May 24th through Puzzle Maker Records, featuring critically acclaimed single When I See You which recently topped the UK iTunes Country Charts. We interviewed him about his musical journey so far... 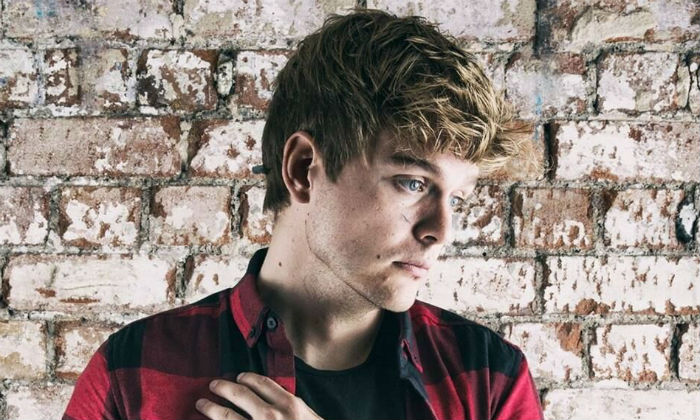 I try to make sure anything I put out is honest, real and relatable. All those elements within a Modern Country/Pop production.

The main one above everything always has to be self-doubt. People in 2019 especially are so quick to judge anything and everything without having a second thought about how much time, effort and money goes into things, so you have to emotionally invest in something which is hard enough, but then on top of that you've gotta hope people like it!

Probably harder than ever! However, you have to take the positives, and I think making the music I make there's two. Firstly the British Country Music Scene consists of the most supportive people I've ever met. It's like it's own community and everyone is so supportive of developing artists. They buy the merch and we have amazing festivals, so there's a platform there.

Secondly, in this day and age you have to put in a hell of a lot of work to stand out on social media! However, that said you then become the master of your own destiny! So if you're clever and really want it enough, you can make things you never thought possible actually happen!

Having worked as a commercial songwriter I've actually learnt that as a writer it's really important to value the opinion of your trusted peers. I'll always talk with management, my producer, my lawyer and the writers that I work with to see what they think should be released on a record. Songwriters aren't always the best at critiquing their own work. I'm certainly not! So I'm always happy to have input from plenty of people.

I start with "If you look hard enough you can find inspiration anywhere." I mean the idea for the song for "Boys Cry Too" came from a poster I saw walking the streets of Nashville. I popped it in my phone notes, and 5 months later it was relevant.

Matthew Ramsey from Old Dominion all day long! The guy is a machine when it comes to writing superb songs. The lyrics, the parts, the clever melodies. Totally hooked on them as a band and the work he does for other artists.

I've got s couple but when I was a kid I was totally convinced I used to be a mouse! I'd always tell people how I remembered them from "when I was a mouse!" Creative minds start young I guess!

A Grammy is the ultimate goal, dream big kids! I'm never afraid to say that. However, as a whole, I'd love to be a Male British Artist who went and made and impact in Nashville. That would be a massive achievement for me.

So this year I made my dream of playing in America happen twice, including a show at the Bluebird Cafe and I now do this as a full time job. If anyone had told me that a year ago I'd have laughed at them! So I don't tend to set yearly targets, I just work one step at a time and if good things are happening quickly, it's working! I think my big goal would be heading back to America to finish the work we've started there. I love the idea of a radio tour.

So the new record is out 24th May. I'm so excited for people to hear the new stuff on there. I'm also looking at getting back to Nashville. We also have shows booked all over the world, so I'm really excited for festival season!