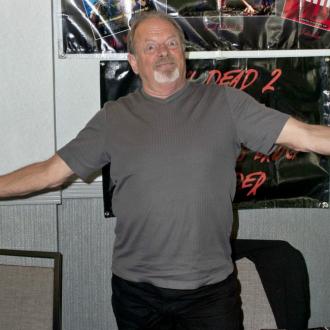 The actor - who was most known for his roles in several Sam Raimi films including 'Evil Dead II', and 'Darkman' - has passed away at the age of 68 following a battle with stage four cancer, according to his company Full Empire Promotions.

The company posted a tribute reel of his performances on screen on Facebook on Tuesday (30.06.20) and wrote: ''Danny passed away at his home in CA. We love you Danny, rest easy my friend. No more pain. (sic)''

And the description of the three-minute video read: ''On June 30, 2020 we lost a friend, client, and talent actor in Danny Hicks. Here is our tribute to the star of Evil Dead 2, Intruder, Darkman, and so many other classic horror films. We will miss you Danny! (sic)''

Danny had opened up about his cancer diagnosis earlier in June, but said he had been given a prognosis of between one and three years to live.

He added at the time: ''But I gotta tell ya, I sure as hell packed a whole bunch of living into my 68 years. I got no change coming back that's for sure. And not too many regrets. Ok, gotta go. I'm gonna find out just what in the hell is going on down in that fruit cellar.''

Danny landed his first film role in Sam Raimi's 'Evil Dead II' as a lifelong close friend of the filmmaker, and went on to star in 'Darkman' alongside Liam Neeson, as well as holding an unnamed part as a train passenger in Raimi's 'Spider-Man II'.

The actor also appeared in 'Maniac Cop', 'Intruder', 'My Name is Bruce', and most recently played Fang Banger in 2019's 'The Blood Hunter'.