We caught up with British indie singer-songwriter Dan Sumber to talk about his journey as a DIY musician, and what we can expect from his forthcoming album 'Ebb and Flow', featuring his newest single 'Let The Light In'. 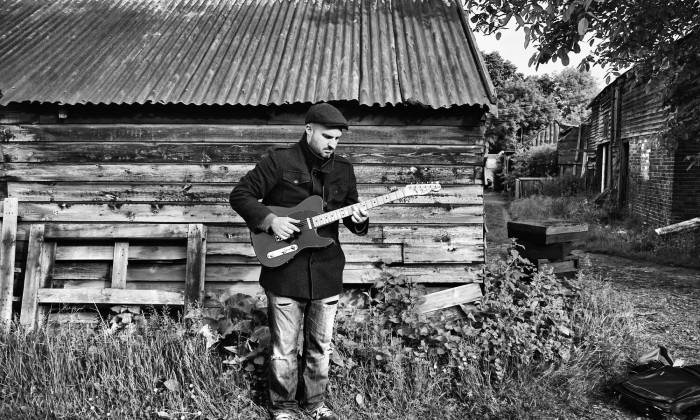 I'd say it's a mixture of indie rock and alt folk. I grew up listening to mostly folk and blues music at home, to artists like John Martyn and Richard Thompson but I love music from lots of different genres and elements of all of these influences creep into the music in places. I've become more and more interested in arranging in the last few years and my latest album, Ebb and Flow, definitely has a fuller, richer sound than previous releases with strings, layers of guitars, horns and synths. If you think of artists like The War on Drugs, Bright Eyes and King Creosote and Jon Hopkins, you won't go far wrong.

As a DIY musician, you're always juggling several tasks at the same time; not just the recording process and organisation of live gigs (back when that was possible), but also the promotion side of everything, which can be quite full on. It would be nice to spend more time on making music and less on the other stuff, but that's just how it is. Also, trying to achieve everything you want to on a budget can be a challenge, but I believe limitations like that also breed creativity.

In some ways it's easier than it's ever been to get your name out there, with the help of social media and all the platforms that host music nowadays. However, with so many people making music these days it can be difficult to stand out from the crowd. You obviously want your music to be heard by as wide an audience as possible, but I think it's important to try to not get too caught up in that and to focus on making the music you love and then think about how you can get more people to listen to it later.

Very. I've come to realise I'm a bit of a control freak. I think most people who make music are though. I always value other people's contributions and love collaborating with people when making music, but at the end of the day I want overall control. I can now admit that.

I draw inspiration from what's happening in my life and what's happening around me. My last album had quite a few political songs, especially about the refugee crisis and the rise of right wing rhetoric in the media which I felt compelled to write about, whereas my new album, Ebb and Flow, is more introspective. I don't set out to write about anything in particular it's just what comes out at the time. With everything that is happening in the world right now, I have a feeling that the next album is likely to be more political again. We'll see.

I'd love to work with songwriters I really admire like Nick Cave and Tom Waits and it would be incredible to collaborate with members of Radiohead. I'm a big fan of Thom Yorke and Johnny Greenwood.