Dame Joan Collins has paid tribute to her late sister novelist Jackie Collins, who has tragically passed away after a six year battle with breast cancer. 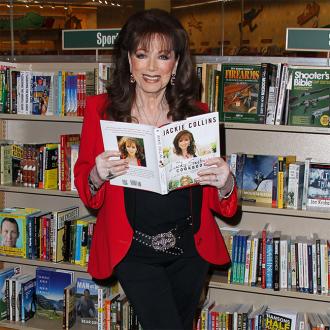 The novelist tragically passed away on Saturday (19.09.15) at the age of 77 following a six year battle with breast cancer and the 82-year-old actress has spoken about her admiration for her ''wonderful and brave'' sister.

She said: ''She was my best friend. I admire how she handled this. She was a wonderful, brave and a beautiful person and I love her.''

Jackie had kept her battle largely a secret from everyone, including Joan until two weeks ago. Instead, she had confided in her children, Tracy, 54, Tiffany, 48, and Rory, 46.

When asked previously how Joan reacted to the news, Jackie told PEOPLE magazine: ''She was very shocked. She had no idea. But she was great. We were emotional.

''[I didn't tell her sooner] because it would have really affected her. I just felt she didn't need it in her life. She's very positive and very social but I'm not sure how strong she is, so I didn't want to burden her with it.''

The pair spent many good times together; only last week they enjoyed dinner at The Wolseley in Mayfair, London.