Daft Punk's 'TRON: Legacy' soundtrack is available to stream in full for the first time. 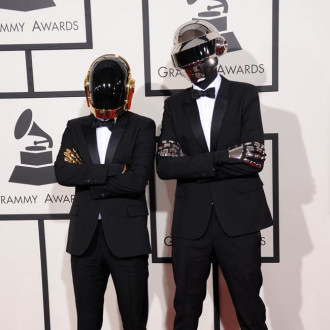 The electronic duo provided the music for the 2010 sci-fi action film but some songs weren't not previously accessible on streaming platforms.

All of the tracks had been available in some form, with nine released on vinyl or as exclusives on various digital stores but can now be played in full on services such as Spotify.

'TRON: Legacy - The Complete Edition' was released on December 18 to mark the tenth anniversary since the movie's release.

The notoriously secretive French group - which consists of Guy-Manuel de Homem-Christo and Thomas Bangalter - collaborated with The Weeknd on his 2016 album 'Starboy', which included the hit 'I Feel It Coming'. It was an experience that the 'Blinding Lights' singer relished.

He said: "Those guys are one of the reasons I do this I didn't even care if we made music, I just wanted to be friends with them, and that's how it started -I met them out partying in L.A. But then we went into the studio in Paris and did both 'Starboy' and 'I Feel It Coming' in the span of four days."

'TRON: Legacy - The Complete Edition' tracklist is as follows:

‘The Son Of Flynn’

‘The Game Has Changed’