Crawford Mack chats to us about his Jazz influences, reading the novels of Spanish writer Carlos Ruiz Zafón and necking Guinness [EXCLUSIVE]

After sharing a stage with acts such as The Paper Kites, Tom Walker and Damien Dempsey, Crawford Mack is now gearing up for his own headline show later this year

After releasing his debut solo album in October last year Crawford Mack is back with his latest single, Kicks, ahead of the release of another "short" album later this year. The busy Glaswegian was disappointed not to have been able to tour his first full length record but already has some dates in the calendar to celebrate the release of his new material. Kicks, his latest single, released on June 17th, is his fourth this year, following Skye in January, The Art Of Losing You in February and more recently, Hope Street at the end of April. The talented singer-songwriter with "a knack for penning an effortlessly enjoyable melody" is planning to release a single every six weeks and has already shared his next two song titles; Play It Like An Actor and Listen With Your Eyes. Before his headline show in Dalston we caught up with Crawford Mack to find out a little more. 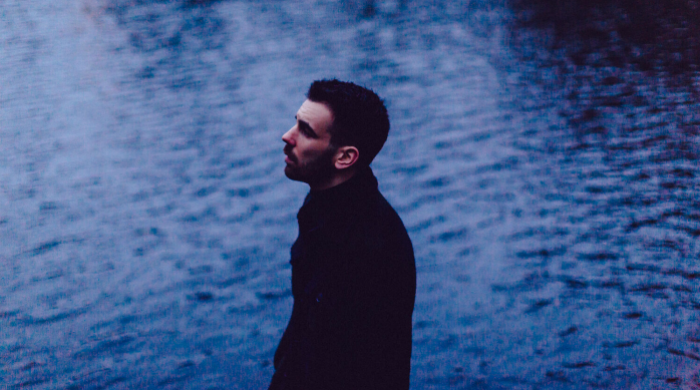 At the heart of my sound is an interest in a great rhythm section playing and melodies that catch my ear whilst not always doing what I predicted. Melodically Kicks might be the furthest I’ve wavered from that, though it wasn’t a conscious decision, it just kind of fell out of me in the midst of an optimistic moment and was written very quickly!

Genre wise I fall somewhere between indie folk (or freak folk) and indie rock. Sometimes there’s a bit harmonic influence coming from jazz music, which was what I studied and started out doing when I moved to London.

All my favourite artists indulge their curiosity in playing various styles of music with great players, but it always sounds like them if you get me? People like Sting, Paul Simon, Joni Mitchell, or Father John Misty and Gabriel Kahane nowadays. I’m trying to eventually be able to do that.

Honestly there are too many to count at length and I tend to try and look back positively nowadays as opposed to dwelling on the heartaches, near misses and disappointments. I will say that the hardest thing to get over is apathy though as it really used to send me spiraling. Getting over that has definitely allowed me to enjoy making music to a far greater extent without the same feeling of pressure.

I think it depends on your outlook; if making it is your main motivation then your actions will probably dictate you to do whatever it takes, including following certain market trends and making quite a few artistic compromises as well as taking certain deals that may not be advantageous in the long run in order to get your foot in the door of those with more money and industry muscle. I’d love to have a successful career but on my own terms, especially creatively.

I used to fixate on this kind of stuff whilst being determined to do my own thing but it’s not great for my well-being so I just try to take it one day at a time working in a studio I rent and practicing until the live scene is back in full flow as I’ve not had a chance to tour my debut album or any of my single releases for this year.

I’m happy to take things on board and listen to advice, after all from a career point of view there can be multiple perspectives to consider, but creative control is the most important aspect to me. I performed other people’s music for years of my life and while it can be a lot of fun I just don’t really get much of a buzz out of it anymore. I might as well be doing something else if I don’t have creative control because it would be a much easier life. The writing process is what I enjoy the most, pushing things where I can and even the frustrating re-writing. My absolute dream is to at some point realise I’ve hit upon something that brings people to the kind of music I love listening to.

Mainly transcribing the music of artists I love and analysing what I love about their playing, musical writing and lyric writing. I also get a big kick out setting parameters for myself like taking words from random number matrixes and corresponding them to a page in a book, just to see what comes up and if I can force myself to make it work because the results take me by surprise. The books I read have quite a big impact, I’m a huge fan of writers like William McIlvanney, Carlos Ruiz Zafon and Stefan Zweig for the way they describe every day occurrences with such detail in their florid metaphors.

Honestly I love collaborating with the guys in my own band: Luke Maher, Richard Rayner, Jack Tustin, Mike Redfern and Nick Fitch. They’re all incredible musicians with great ears and facility that I’d never tire of working with.

Outside of that probably Phil Ek or Tyler Chester, they’re both producers who have had huge roles in three of my favourite albums in the last decade: Helplessness Blues (Fleet Foxes) and Twelvefour (The Paper Kites) in Phil Ek’s case and Who Are You Now (Madison Cunningham) in Tyler Chester’s case. All of those records have incredible vocal delivery and I remember watching a video of Sam Bentley from The Paper Kites talk about how much Phil Ek was able to pull out of him as a singer.

In terms of established acts, probably Father John Misty, Aoife O’Donovan, Alex Kupranos, Gabriel Kahane or Robin Pecknold. Oh and I’d also love to do something with Branford Marsalis one day in the way that he worked with Sting on the Bring On The Night Record, I love the lines he plays when interacting with that incredible rhythm section.

I can tan a Guinness in under four and a half seconds, but I tend to stay off them now and stick to spirits when I rarely drink because I’m trying to be healthy and pure hate myself when I think of how much weight it puts on me. I also played a Scottish Superhero in a TV show once.

Of course, but the discipline of putting the work in is what counts, what’s for me won’t go by me as far as all of that is concerned.

Hopefully regularly playing gigs again. I’ve missed it so much that anything else is a bonus at this point.

I’m releasing a single roughly every six weeks this year and re-packaging them at the end of October as a ‘short’ album with some added bonus tracks. It’s been a really nice way to create if not sometimes a wee bit stressful because you have to put quite a lot of effort into marketing a single the same way you would an album or EP, but it’s given me loads of structure to work to which is great in the times we’re in.

The next two tunes coming I can reveal the titles of and I’m really proud of them and where I’ve tried to push my personal envelope a wee bit. The next one is called Play It Like An Actor which is a message to a friend to not do them self down, and after that is a tune called Listen With Your Eyes which is a track I wrote years ago but have always been petrified of not having enough experience in the studio to do it justice until now.