Country singer Kevin Sharp has died at the age of 43.

Sharp passed away on Saturday (19Apr14) due to ongoing complications from "past stomach surgeries and digestive issues".

A statement on his website reads: "We are saddened to announce the passing of Platinum Country Recording Artist Kevin Sharp on Saturday April 19, 2014... A Memorial Service celebrating Kevin's life is being planned in Nashville, Tennessee."

Sharp's career began after he sent super producer David Foster a demo tape, and in 1996, he released his debut album, Measure of a Man.

He was subsequently named New Touring Artist of the Year by the Country Music Association.

In addition to his music, Sharp also worked with the Make-A-Wish foundation, which grants wishes to children with life-threatening illnesses, following his bone cancer diagnosis in 1989. 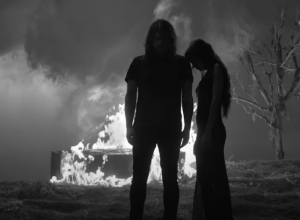 As we draw ever closer to the end of 2020 Foo Fighters have released their first single to be taken from their up coming tenth album due out on...