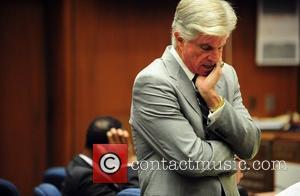 It doesn't open in Europe until October 26, and it won't be seen in the U.S. until December, but Steven Spielberg's The Adventures of Tintin The Secret of the Unicorn is already drawing much criticism from fans of the original Hergé comic strip and those who have accused the Belgian writer/artist of racism, antisemitism, and sexism. Typical of the fury ignited by the movie, Nicholas Lezard, the literary critic for Britain's Guardian newspaper, said that when he left the theater showing the Tintin film, he founding himself "too stunned and sickened to speak; for I had been obliged to watch two hours of literally senseless violence being perpetrated on something I loved dearly. In fact, the sense of violation was so strong that it felt as though I had witnessed a rape." If other fans of Hergé react the same way, it could diminish the value of Tintin books and merchandise, which have remained top retail sellers overseas, other critics of the movie suggest. "There's a risk that Spielberg's vision will undermine Hergé's," Jean-Claude Jouret, a former manager of Hergé's estate told Agence France-Presse, the French news agency. Making the movie, he said, was "undoubtedly good business but perhaps it won't help the longterm preservation of his work." Meanwhile, critics of Hergé are wondering why Spielberg would ever have wanted to associate himself with the man. They note that a court case is currently winding up in Brussels in which a Congolese citizen is demanding that Tintin in Congo be banned because it amounts to "a justification of colonialization and white supremacy." They note further that Hergé was arrested after World War II for collaborating with the Nazis and inserting anti-Semitic subplots in Tintin stories. And Matthew Parris, a columnist for the London Times, noted that there is virtually a complete absence of women from Hergé's stories, a condition also apparent in Spielberg's movie.