Comic-Con Excites Once Again: Here Are The Highlights

The San Diego Comic-Con is one of the biggest events of the popular arts calendar and rarely fails to excite the multi-genre entertainment and comic book enthusiasts that flock to it every year. From humble beginnings in 1970, the San Diego convention has become a platform for some of the industry’s biggest film, TV and comic book announcements.

Here’s a roundup of the top five highlights from Comic-Con 2014.

Fans were treated to the first sneak preview of the most eagerly anticipated superhero movie of the moment, Zack Synder’s Batman v Superman: Dawn of Justice and to a picture from the director of Wonder Woman, played by Gal Gabot.

A trailer for Marvel’s Avengers: Age of Ultron got its first outing and big announcements were also made about Guardians of the Galaxy 2 2017 release date and Evangeline Lily and Christ Stoll confirmed as Ant-Man lead stars. Lily will play the female lead, Hope Pym, and Stoll will be the villain of the piece, Darren Cross/Yellowjacket.

Small screen superheroes were given an airing too when Warner Bros. television premiered its eagerly awaited series, Gotham, and The Flash.

Game of Thrones continues to enthral

Game of Thrones won’t be taking its foot off the popularity escalator any time soon and announced nine new cast members to season five.

Jonathan Pryce has been secured as High Sparrow, a religious leader determined to build a large following within the under-classes of King’s Landing. Dorne’s ruling Lord, Doran Martell, will be played by Alexander Siddig and Oscar-nominated Keisha Castle-Hughes will play Obara Sand, one of Oberyn’s daughters.

Uncertainty still lingers, however, as it seems there’s no Arianne Martell, a serious protagonist in the books. Has she been written out or will she come later on?

King Kong is coming back

Legendary Pictures announced a potential prequel of King Kong to be released in 2016. The film, entitled Skull Island, heads back to King Kong’s mysterious homeland.

Although fans were shown a short teaser trailer, it seems the production is still in its infancy as Legendary "don’t even know who is writing or directing it yet".

Fans ‘hungry’ for the next Gamesfilm 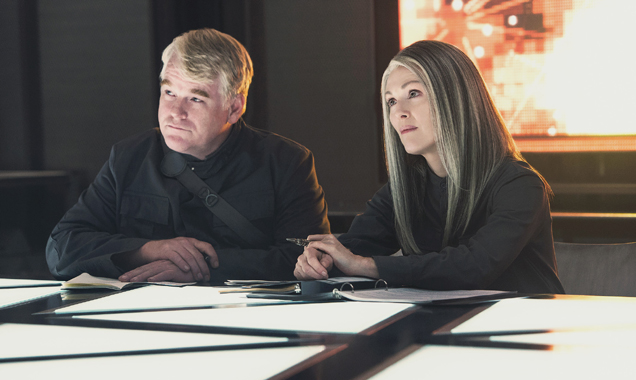 Comic-Con fans of the arrow sharp heroine, Katniss Everdeen, were treated to the teaser trailer for the third instalment of the Hunger Games franchise three days earlier than the general public.

Hunger Games: Mockingjay Part 1 is due out in November this year and it looks like Katniss has her work cut out to balance the lives of those that she cares for and suddenly finding herself as the face of the rebelling Districts against Panem.

Christopher Nolan is back in his directing chair

Some may have been disappointed when Nolan didn’t carry on his Batman legacy and take a role within the Batman v Superman outing. But he's certainly not looking back and, instead, started the big promotion for his newest film, Interstellar, starring Matthew McConaughey, Michael Caine and Anne Hathaway.

Nolan and McConaughey made a surprise appearance at Comic-Con to tease fans and release a new trailer of the sci-fi drama focused on a team of scientists who travel through a wormhole in order to try to save humanity.