Colin Trevorrow has sparked rumours he could be directing 'Star Wars: Episode VII' after admitting his new project has a massive fan base. 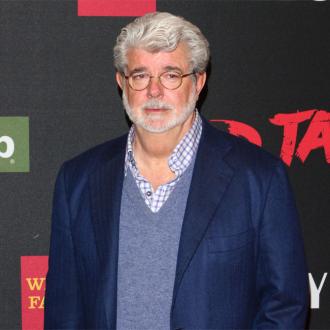 The 'Safety Not Guaranteed' director has sparked rumours he might be directing Disney's new trilogy after admitting he is set to tackle a popular film franchise and is sure to anger fans of its ''mythology'' by being entrusted with such a big responsibility.

In an interview for the MacGuffin podcast, Colin said: ''There are amazing opportunities that have arisen. One of them, I will say, will probably create a great deal of ire against me on the Internet when people find out what it is.

''So, I just want to say in advance that I promise you, for all of those who love the mythology that I will be tackling, trust that I love it as much as you do. And I will respect it, and hopefully make it not suck.''

The filmmaker has also spoken about the possibility of helming a 'Star Wars' episode, admitting he is a true fan and would be willing to take the risk of ruining the franchise for the sake of his passion for George Lucas' original sci-fi series.

Colin mused: ''I cannot comment on what my involvement would be, but I can definitely say that I would love to direct a 'Star Wars' movie at some point in my life. It would be incredible. I will not be deterred by it.

''While I understand that every thinking director who cares about the series as much as I do, would be afraid to ruin something. But I also believe that there is a risk that many directors would gladly take, precisely because they care so much about it.''

Top directors including Steven Spielberg, Quentin Tarantino, Zack Snyder and Brad Bird have all denied claims they are being lined up to direct.