Hollywood newcomer Colin Trevorrow has been chosen to helm dinosaur adventure 'Jurassic Park 4', while Steven Spielberg has signed on to produce. 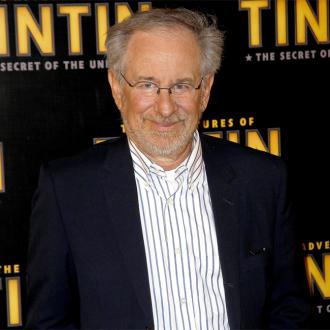 Colin Trevorrow has been chosen to direct 'Jurassic Park 4'.

The Hollywood newcomer - who made his directorial debut with indie flick 'Safety Not Guaranteed' last year - will step behind the camera to helm the fourth chapter of Steven Spielberg's dinosaur adventure saga.

Universal Pictures has revealed Spielberg is due to produce the 3D film, after directing the first two instalments in the franchise and handing over the role to Joe Johnston for 'Jurassic Park III'.

Deadline reports Colin convinced everyone, including producer Frank Marshall, that he was passionate about the first three movies and was committed to keeping the spirit of the films alive.

The first prehistoric nail-biter became a cult classic when it hit cinemas in 1993, but the third film - released 12 years ago - only grossed $368 million at the box-office, a disappointing performance compared to the first two films.

Mark Protosevich has written the first draft of the script, which has since been re-worked by 'Rise of the Planet of the Apes' team Rick Jaffa and Amanda Silver.

Producer Marshall previously revealed the special effects in the hotly-anticipated fourth film would far surpass anything viewers had seen before.

He hinted: ''That's what's gonna be great about it, technology's taken a leap now that we can really do some great things.''