Cody Rhodes read a moving eulogy in tribute to his late father Dusty Rhodes, praising the wrestling legend as a ''world class family man'' at his funeral on Wednesday (17.06.15). 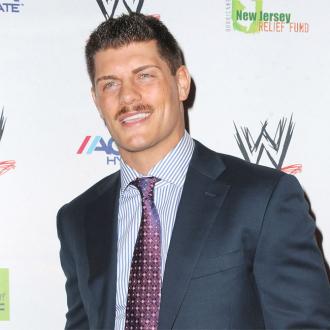 The WWE Superstar read a moving eulogy in memory of his dad - who died last week at the age of 69 - praising him for always putting his kids and wife Michelle Runnels ahead of his in-ring career at the service held at St. Lawrence Catholic Church in Tampa, Florida.

In his speech - which he posted on his Twitter account - Cody said: ''I am honoured and I am privileged to tell this gathering today who Dusty was ... who he was in his heart. Although his profession claimed so much of his identity, it was such a minuscule portion of the man ... His first priority in life was to be the husband of Michelle Runnels. He was a man with a moral code from a bygone golden age and he respected my mother so very much ... Myself and my siblings were (also) his priority. He made it his job to provide in all senses of that word ... Getting over with your family and extended family trumped all (for you). You were a world class family man.''

Cody - who currently wrestles under the persona Stardust - also recalled his final moments with his father Dusty, whose real name was Virgil Runnels, last week before he sadly passed away.

He continued: ''Last Wednesday night was a dreadful night. I didn't leave, I sat by his bedside throughout the night. I rallied behind the vital numbers displayed, because as his heart rate would calm down a few beats my heart would flutter ...I thought he was getting better. Around 3:30am the nurse Mena had stepped-out for a few moments and it was just me, the cold air, the white floors, the industrial noise of the machines, and my hero laying before me. I said, 'I'll sit here until you wake-up.' So I hope Dad, that you're not upset with me when you awake ... and you don't see my face, but you see Dick Murdoch, you see Eddie Graham, and when little Virgil gets to see big Virgil.''

Cody, 29, also made reference to Dusty's in-ring nickname The American Dream, concluding his moving speech by saying: ''Friends, family, colleagues, passer-bys; tonight ... when you lay your head against the pillow, don't just have a dream. Have an American Dream.''

Dusty was a WWE Hall of Fame inductee and during his illustrious career, which spanned five decades, he was a three-time world champion and held numerous other titles.

He was married twice and had four children, Dustin - who wrestles as Goldust - Cody, Teil and Kirsten.

Dustin took to Twitter yesterday to post a brief tribute to his dad Dusty, writing: ''Thank you pops!!! #ThankYouDream ! (sic)''