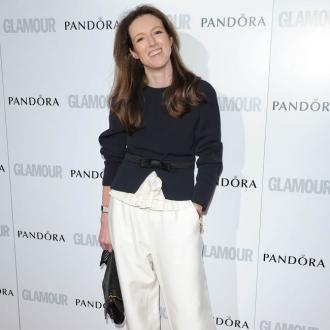 The 49-year-old stylist has spent the last three years as the artistic director of the French fashion house - but her tenure at the company will finish at the end of her initial contract.

She said in a statement: ''As the first woman to be the artistic director of this legendary maison, I feel honoured to have been given the opportunity to cherish its legacy and bring it new life.''

Sidney Toledano, who is the head of the LVMH group, which owns Givenchy, praised Keller's work at the company.

Sidney said: ''Under her creative leadership ... the maison reconnected with the founding values of Hubert de Givenchy and his innate sense of elegance.''

During her time at Givenchy, Keller was responsible for designing Meghan Markle's wedding dress in 2018, and she subsequently admitted to underestimating the scale of her task.

She shared: ''I had no idea how momentous it was going be.

''The last time there was a royal wedding there was no Instagram, really, or any of those huge social networks. So it really took me aback, actually.

She previously said: ''The world gasped when they saw that bride, and everyone wanted to know who had made that  dress.

''We are drawn to Clare's work because she doesn't design from the outside in, she designs from the inside out.''