Between the US and the UK, Christmastime looks largely the same. However, there are a few traditions in the UK has that have somehow escaped our friends across the pond such as Christmas crackers, Boxing Day, the Queen's speech and, of course, the Christmas number one. 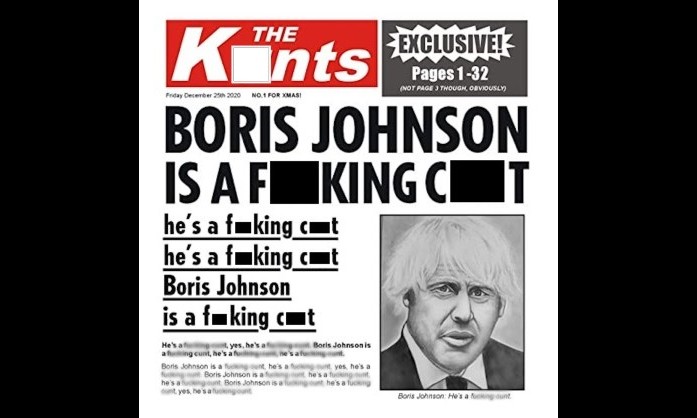 For some reason, the song that tops the UK charts on Christmas Day is the most memorable number one of the entire year, and most of us can remember quite a few of them since the tradition first began in 1952. In the last decade, however, the tradition has changed to incorporate something of a rebellion in the advent of social media.

It started back in 2009 after rock enthusiasts grew tired of the previous four years' X Factor winners respectively taking the top spot, as though it were some kind of pop conspiracy which meant nobody else could get the chance. A Facebook campaign to get Rage Against The Machine's politically-charged 1992 single Killing in the Name to number one instead became a success when it knocked 2009's X Factor winner Joe McElderry to number two.

RATM were the first artists to land the coveted position with downloads only, breaking the record for the most download sales in a single week in UK chart history. For many of us, it marked a significant change in the world of music and showed that the youth of the country had the power to break through these barriers that the world of manufactured pop had put up against alternative artists with just the click of a button, and now we live in a world where we can access any music we want to, whenever we want to, and it's easier than ever to share music that is unique and ground-breaking.

Another campaign to see Biffy Clyro, John Cage or The Trashmen take the top spot was unsuccessful the following year, and since then the number ones have been largely predictable, at least compared to the 2009 fall-out.

Between 2018 and 2019, however, life has been particularly difficult to deal with between collective anxieties over climate change, Brexit and Donald Trump, so the emergence of novelty artist and sausage roll lover LadBaby with We Built This City and latterly I Love Sausage Rolls as the Christmas number ones for those years felt extremely appropriate. To use music as a way to spread laughter and cheer at times of such uncertainty was a refreshing act that was appreciated by the whole country. Because if we can't unite on the serious issues, we can certainly unite in our appreciation of pastries.

This year though, things have been a little different. We've all been forced to take life more seriously under the threat of a global pandemic that has killed in excess of 1.7 million people. We've lost family, friends, jobs and the normality of everyday life while being repeatedly messed around by a government that has no idea what they're doing. Thus, this year, one big contender for Christmas number one doesn't mince its words: we're talking about The K*nts gritty punk anthem Boris Johnson is a F**king C**t.

At 1:22, it's a brief tune that gets straight to the point. It has been written and performed by comic musician K*nt and the Gang with his newest band formation, and features on said band's debut album K*nts Punk in your Face.

The latest we heard is that the song had reached number six in the running - against the likes of LadBaby's Don’t Stop Me Eatin', Mariah Carey, Justin Bieber, Liam Gallagher, Wham! and others - and, amazingly, it's not impossible that they could make the top spot by Christmas Day. Black Mirror creator Charlie Brooker was one of The K*nts early supporters, himself noting that it had reached number two on the iTunes UK songs chart on Sunday (December 20th).

That's not surprising given the Prime Minister's last minute U-turn on Christmas COVID restrictions with the implementation of Tier 4 in London and the South-East. Never before has a contender for the number one reflected the feelings of a nation so purely.

But whether Boris Johnson is a F**king C**t is successful or not, the mere fact that it's in the top 10 because of the determination of an angry public is an important moment; it's a comfort to realise that we do still have our freedom even though it rarely feels like it, and it simply takes unity and action to change the status quo and take back control.