'Bridesmaids' actor Chris O'Dowd does not think he has a ''hope in hell'' of beating the competition to win the BAFTA Orange Rising Star Award. 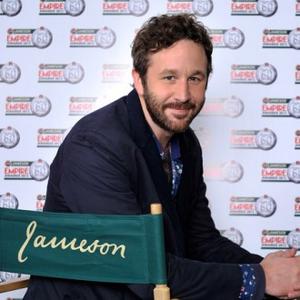 Chris O'Dowd doesn't think he has a "hope in hell" of winning the BAFTA Orange Rising Star Award.

The 'Bridesmaids' actor is up against Chris Hemsworth, Tom Hiddleston, Adam Deacon and Eddie Redmayne for the in the category that is voted for by the public, but he does not believe he is likely to win the prize at the BAFTAs on Sunday (12.02.12).

He exclusively told BANG Showbiz: "I'm pretty sure I don't have a hope in hell, but I'm still going to wear a suit because I just like the way it makes my butt look. I think Adam Deacon is going to walk it.

"I think he's going to win. He's like a self-promotional animal. I think it's a good line-up you know."

The 32-year-old star admits being hailed as a rising star means he now feels more youthful.

He added: "I feel wonderfully young suddenly. It's an enlightening time."

Despite the success of 'Bridesmaids', Chris will not be able to celebrate its two Oscar nominations because he will be working when the ceremony happens at the end of February.

He added: "I'm working man it can't happen. I'm writing and executive producing and acting in the thing I'm in now, I just can't get a day off."