'Love Island' star Chris Hughes has revealed he wanted to have ''three or four babies'' with ex-girlfriend Jesy Nelson in his new BBC Three documentary. 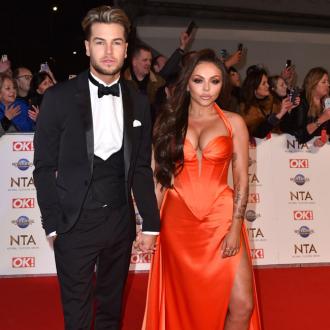 Chris Hughes wanted to have ''three or four babies'' with Jesy Nelson.

The 27-year-old reality star split with the Little Mix singer during lockdown after 16 months together, but in his upcoming BBC Three documentary, 'Me, My Brother, and Our Balls', the couple - who were still together at the time of filming - expressed how many children they wanted to have together.

After being told by doctors the quality of his sperm has improved following years of fearing he may struggle with fertility issues, he told Jesy: ''Oh Jessica, I have a lot of sperm and they're very, very active. I'm really happy.''

To which Chris said: ''I think we can probably have three or four.''

Now, the 26-year-old singer is dating actor Sean Sagar, but Jesy still remains a part of Chris' life, and despite their shocked split, he has pledged to keep ''supporting'' her however he can.

He told the MailOnline: ''The beauty of Jesy being in the documentary is that it showcases a conversation that couples have. It's very relatable.

''Obviously we supported each other when we were together. I still support her now with things, whether I do that publicly or not, I still do support her anyway.''

The 'Love Island' star was relieved following the good news after undergoing several operations to treat his varicocele, which is an enlargement of the veins within the scrotum and is a common cause of decreased sperm quality.

He now plans to change his lifestyle to ensure his sperm counts remains high.

Chris explained: ''Now I wear less tight jeans! I do more exercise, hot baths and sitting in saunas I never thought were an issue but that can impact the quality of your sperm and the production of it, so I'm aware of that.''