Chris Hughes was left ''heartbroken'' by his split from Jesy Nelson but things are getting easier now. 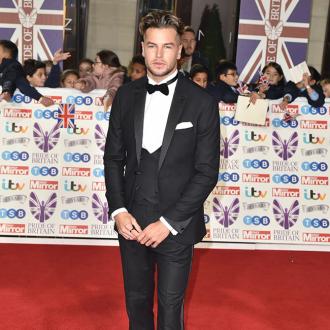 Chris Hughes was left ''heartbroken'' by his split from Jesy Nelson.

The former 'Love Island' star and the Little Mix singer ended their relationship in April after 15 months of dating and he found the first few weeks very ''tough'' to cope with amid the lockdown measures imposed to slow the spread of coronavirus.

He said: ''I had a break-up so I needed to focus on myself. It happened right at the start of lockdown. It was tough.

''Everyone says time's a healer, and you don't believe it in the moment.

''I don't think I'd ever felt heartbroken before.''

However, the 27-year-old hunk admitted he was grateful he'd had the time to process the break up away from other people.

Speaking on Vicky Pattison's 'The Secret To...' podcast,he said: ''A couple of weeks down the line, you start thinking about it less and less as each day passes.

''Next thing, good as gold. My manager was a shoulder to cry on.

''Lockdown has been good for me in that sense. People who know you, when you say you're fine, they can see it in your face that you're not. But everyone says, 'You're back to yourself now'.''

Prior to their split, Chris had described asking the 'Black Magic' singer to be his girlfriend as his ''proudest moment''.