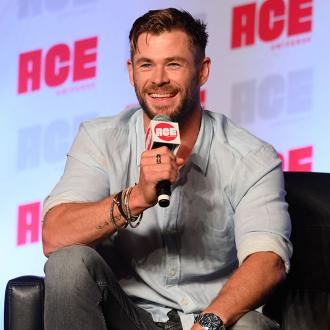 Chris Hemsworth has penned a touching tribute to his late ''dear friend'' and co-star Andrew Jack.

Hemsworth, 36, worked with Andrew on several films, including 2019's 'Men In Black: International,' 2012's 'Snow White and the Huntsman' and a number of movies from the Marvel Cinematic Universe.

He wrote on Instagram alongside a picture of Andrew: ''I lost a dear friend this week to Coronavirus. Andrew Jack was a wonderful, kind, beautiful soul and I and many others will miss him greatly.

''I worked on a number of films with him over the years and he was the best dialect/voice coach in the game and was beyond instrumental in helping shape me as an actor. My love and support goes out to his family and to anyone and everyone who is struggling during this time. Sending everyone across the globe love and compassion. Peace.''

Andrew was sadly apart from his wife, Gabrielle Rogers, in his final days as she was in quarantine in Australia.

His agent, Jill McCullough, said in a statement: ''Andrew lived on one the oldest working houseboats on the Thames, he was fiercely independent but madly in love with his wife; also a dialect coach; Gabrielle Rogers. Tragically she is stuck in quarantine in Australia having just flown in from New Zealand last week. She was unable to see or talk to him at the end of his life and there is a chance a funeral may not be held.''

Hemsworth's tribute follows many Hollywood stars who have worked alongside the dialect coach during his career spanning over 80 motion pictures in 38 years.

'Star Wars' icon Mark Hamill - who starred as Luke Skywalker in the franchise - was ''saddened'' by the death of the ''kind gentleman''.

''He was such a kind gentleman who was deeply gifted & beloved by all who knew him. My deepest condolences to his family.''