Chloé Caroline on the difficulties of being a female in pop, acting ventures and ideal collaborations [Exclusive]

Listen to her new single Forgive Me now.

Up-and-coming LA popstar Chloé Caroline dropped her latest single Forgive Me earlier this month through AWAL Records, and now she opens up to us about her broad genre-inspiration and the difficulties of making a career in a saturated pop world. 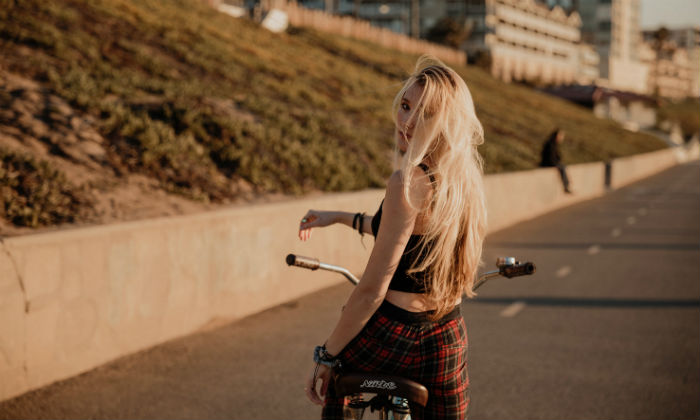 I call it a "New Southern California" sound. I was born and raised in LA and the melting pot of genres and music eras kinda developed that. It's singer songwriter meets fresh pop but its got some nostalgia to it of the 70s and late 90s/2000s. A lot of that comes with mixing some organic elements within new wave production. I love the combo of old and new.

It's probably been the double edge sword of being an indie artist, and a female at that. Now more than ever you can do so much yourself and wear a million different hats to make that happen, but you're also trying to break through a very competitive mass of artists doing the same thing when the stakes are against you already as a girl. I've been able to build my fan base from the ground up but you still reach a point where there are only so many hours in the day, a laundry list of things that all need to be prioritized, and only so much money if we're being honest. You use trial and error to try to make your decisions because there really isn't one right way to do any of this. You just have to trust your gut.

It absolutely depends on your goals and what success means to you. But I do have big dreams and to get where I want to be I know it takes more than talent or drive, but persistence. There are zero guarantees with anything but I knew that going into this. I always remember my "why" to keep me going, and thats that I want to reach as many people as I can with my music because music is medicine and I never want anyone to feel alone or like they can't make it through their day.

For me its absolutely everything. That's what makes me an artist. It's what makes my music different than someone else, and it allows my music to be a genuine representation of who I am. Authenticity for me is a big part of the messaging in my music and if I'm not giving people the real Chloé, then I'm just a phony in what I'm putting out into the universe.

Man it really comes from so many different places. My environment of course, is huge. I try to get outside and be in nature and that always inspires me creatively. There are so many metaphors and symbols, nevertheless, stories when we just take a look around. Also, I'd say personal experience, most obviously. And last, would be from other artists. There is nothing wrong with appreciating the work of others and using your experience with how it affected you in your own work. Creatively is a never ending thread flowing between us all.

There are way too many so Ill give you past and present. Stevie Nicks, because she's a free spirit like me. Ed Sheeran, because I think we both have an appreciation for molding genres and old/new together.

I played the Virgin Mary in a Christmas church performance at 11 and that was the last time I chose to "act" (if sitting there with baby Jesus even counts) until I landed a role last Fall in a Hallmark movie. Who would have thought?

Currently, my goal is to continue to release music consistently and tour internationally.

Somewhere I've never been singing to people who know my songs.

Couple more singles, an album release and hopefully more shows throughout (another Caesar's Vegas residency too!).