Producer Patrice Wilson's latest attempt at a viral sensation could be the worst song of all-time. 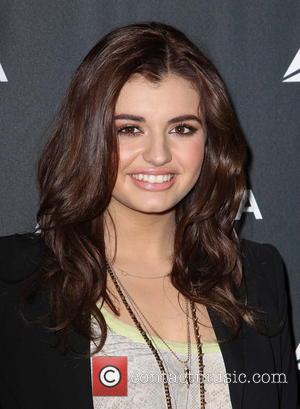 A strong contender for the most annoying song ever has just been released, called 'Chinese Food'.

Alison Gold sings about her passion and love for the fast-food dish, singing "I love Chinese food" on the overly-auto tuned track.

The song is another attempt from the production company 'PMW Live' to create a viral sensation with the help from social media outlets.

Gold teamed up with producer Patrice Wilson, who was behind the equally terrible song 'Friday' by Rebecca Black that went viral back in 2011, to create yet another poor quality, insanely annoying single.

'Chinese Food' is bordering on the line of ridiculous as the music video begins with the pre-teen 12 year-old singing "After balling, I go clubbing!" Yes, you heard it correctly, a 12 year-old girl singing about hitting the clubs.

This is the moment where anyone who values their hearing will cover their eyes because the worst chorus in history begins.

"I love Chinese food, you know that it's true."

The video becomes more surreal, after a delicious meal at the restaurant 'cleverly' named 'Chinese Food', Gold meets a man dressed in a Panda suit and they both sing and run through a field, acting like there is nothing at all strange about this scenario.

The panda removes his head to reveal it is Wilson, who then begins to awkwardly rap in what can only be considered an attempt at a Chinese accent. Borderline racist?

The song comes to close with the words "fortune cookies are never wrong."

The offensive video is a new low for the music industry and hopefully will not storm the internet like Rebecca Black's 'Friday' did in 2011.