Chimamanda Ngozi Adichie thinks more women are talking about feminism because of Beyonce after her talk was sampled on her track 'Flawless'. 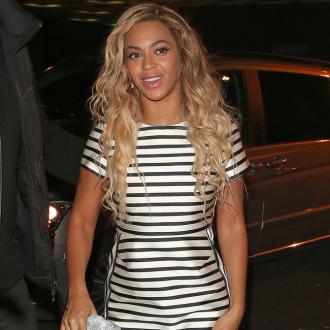 Chimamanda Ngozi Adichie thinks more women are talking about feminism because of Beyonce.

The Nigerian novelist, whose TED talk about women being expected to aspire to marriage, was sampled on Beyonce's track 'Flawless', thinks the 'XO' hitmaker is inspiring.

She told The Times newspaper: ''Because of Beyonce many young women are talking about feminism and hopefully young men because she has such a following.''

Chimamanda realises what Beyonce has been singing about in her new music is a departure from her 'Single Ladies' track, in which she asked men to ''put a ring on it'' but doesn't think it makes her less of a feminist.

She said: ''Well, I suppose there are different feminisms. I am all about bringing people to the party and having a good conversation, rather than saying you can't come in. I have had young people in Nigeria who probably would have never heard of my TED talk without Beyonce and who are now talking about feminism.''

She added: ''I like the idea that Beyonce's song might make girls feel that they can ask to try to do these things.''