Cheryl's Pals Reveal Her Split From Liam Payne Is "Hard"

As a former Girls Aloud member and close friend of Cheryl, Kimberley Walsh has been there to support the ups and downs of her rollercoaster love life. Now, shortly after the announcement Cheryl and Liam Payne had ended their two-year relationship, Kimberley has revealed this latest split is "hard". 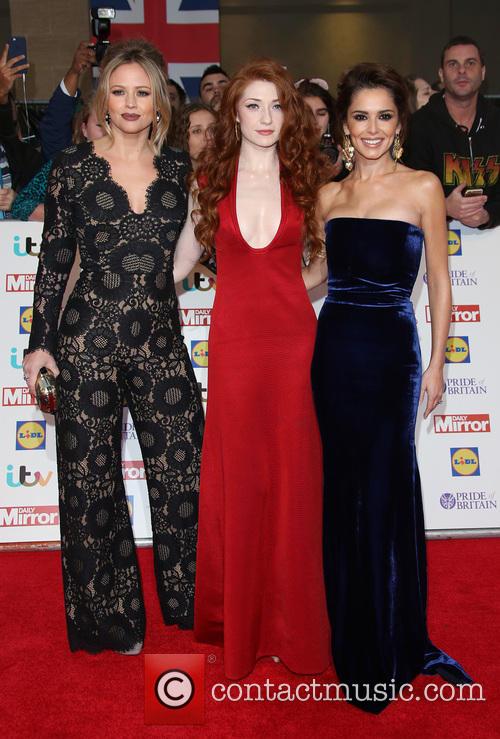 Cheryl has been surrounded by her friends following her latest split

Speaking on ITV chat show Loose Women, the 36-year-old mother-of-two gave audiences a rare insight in her pal’s love life as she goes through a break-up with the father of her young son, Bear.

Kimberley revealed it was "obviously tough" for Cheryl - who has been battling relationship rumours with Liam, 11 years her junior, for months.

Kimberley said: "It's obviously tough, but she's doing really well. We've both got young boys the same age. We get together all the time.

MORE: Kimberley Walsh Says She And New Mum Cheryl Hang Out All The Time

"I was there last week, we had a barbecue, and just seeing the kids playing together and this new phase in our lives, it's just so lovely."

Both Cheryl, 35, and Liam, 24, posted similar messages to their social media accounts announcing the end of their relationship earlier this month.

However, Cheryl was forced to add a follow-up note to her Twitter account shortly after suggestions her mother’s interference was the reason for their split.

The mum-of-one wrote: "I hate responding to stuff esp at such difficult times but I cannot sit here and listen to such nasty, false articles regarding my mam.

MORE: Liam Payne And Cheryl Have Announced Their Separation

"I don’t know why they involve her in stories about me. I can assure you she has absolutely nothing to do with any of it. I am a grown woman who is capable of dealing with her own life.

"She is a soft and kind woman who doesn’t deserve to be dragged into something that has nothing whatsoever to do with her."

Cheryl’s other post-Girls Aloud chum, Nicola Roberts, has slated the media for its treatment of Cheryl following her split from Liam.

Also speaking on Loose Women, Nicola said: "[Cheryl is] good. She's okay. I actually think what's been interesting this week is how the misogyny through the media has played out.

"There's been a couple of articles saying, 'Why can't she hold a man down?' and things like that and it's just like - why can't a man hold her down, you know?