Sex and the City's Carrie Bradshaw and James Bond have been named Britain's top fictional fashion icons, while 52% of people buy clothes similar to their favourite characters. 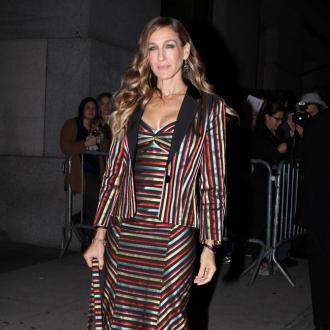 The 'Sex and the City' protagonist, played by stylish actress Sarah Jessica Parker, and the suave secret agent, most recently portrayed by Daniel Craig, topped a poll - conducted by MyVoucherCodes.co.uk - of fashionable TV and film characters, beating the likes of Eva Longoria's Gabrielle Solis in 'Desperate Housewives' and 'Gossip Girl' lothario Chuck Bass.

Mark Pearson, chairman of MyVoucherCodes.co.uk, said: ''Whilst we are all aware of the influence that the media can have on us all, we were interested in discovering whether or not the British public based a lot of their fashion choices on their favourite fictional characters. Women chose the very stylish Carrie Bradshaw character as a fashion icon and, rather unsurprisingly, men went with the James Bond film character as their top choice.''

Additionally, 52% of respondents admitted they had purchased clothes similar to their favourite characters.

1. Carrie Bradshaw, 'Sex and the City'

3. Barney Stinson, 'How I Met Your Mother'