'Paper Towns' author John Green has defended Cara Delevingne after an awkward interview about the big-screen adaptation of the movie went viral. 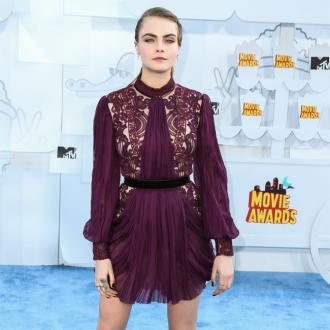 The model-turned-actress was on American breakfast show 'Good Day Sacramento' to promote her new flick when during a cringeworthy chat the hosts told her to ''take a little nap'' and ''get a Red Bull''.

They also asked her if she had read the book the movie was based on leading Cara to sarcastically reply that she hadn't.

And John - who wrote the book - defended Cara, insisting that he finds her admirable.

In an article on blogsite Medium.com, entitled 'But Did You Read the Book? Cara Delevingne, Press Junketry and Me', John pointed out that Cara gets asked the question about reading the book repeatedly but her male co-star never does.

He wrote: ''I watched as again and again, she was asked this question.

He added: ''Cara refuses to stick to the script. She refuses to indulge lazy questions and refuses to turn herself into an automaton to get through long days of junketry.

''I don't find that entitled or haughty. I find it admirable. Cara Delevingne doesn't exist to feed your narrative or your news feed - and that's precisely why she's so interesting.''