Bubbatrees talk image vs. output, their love of Grimes and their first ever band [Exclusive]

Listen to their new song 'Alchemy'.

We spoke to frontman Andy Gibb of Glaswegian experimental four-piece Bubbatrees as they prepare to take to the road on tour in the not too distant future. The group released an epic new single entitled 'Alchemy' earlier this year. 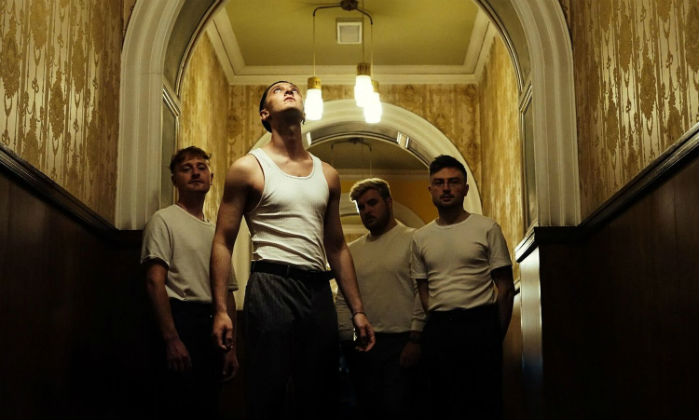 Our sound incorporates a wide variety of influences. I would say that there are some vintage elements such as 80s and new wave, mixed with more modern types of music; for instance, our newest track 'Alchemy' features hard autotune vocals in one part and trap drums in another. Our newer music has a slightly gothic element to it, with choruses that are partially melancholic yet uplifting at the same time. My lyrics can be introspective, philosophical or sometimes just straight to the point about a certain subject or experience. We try not to let things become predictable, so there is always a surprise with whatever we release.

The main challenge has been finding our own route and sound, that takes time, but it has also been hard to create a buzz or big impact around what we have been doing so far. The industry is becoming more and more about image and these days it is easy to build a huge following just out of the way you look, or your social media presence. People are easy to jump on the bandwagon of an artist or band purely because of their aesthetic, even if they do sound like 100 other bands. The real challenge is staying true to yourself and trying not to think about what anyone else is doing, and hopefully growing an organic following of people who genuinely enjoy the music.

Very difficult. Social media and technology has opened the world of music up to anyone who wants to be a part of it. This is a good and a bad thing because it allows creative freedom to so many people yet means that you are effectively in competition with millions of other people if you want to succeed in making a name for yourself. A lot of it could be purely luck; personally, I think a strong amount of self belief is needed, and if you want to start making a name for yourself no matter how big or small it can be achieved, it depends on what amount of success the individual is content with.

It is important at the fundamental stage of writing when the foundations of the song are being produced. For me, this is the stage that really sets the scene for how the song will sound. When the song develops, creative control becomes a bit less needed. Our producer has made changes to some songs and it has made all the difference. As long as it is creatively beneficial, I believe in losing a slight amount of creative control in the recording and producing stage.

Musical influences are all around us. We each have our own different tastes which all get thrown in when writing, and it is great to have such a wide variety as it means the outcome will be interesting. Inspiration from lyrics for me can come from experiences, real or fictional, books or even just ideas and philosophical thoughts.

There are so many, but at this moment in time it would probably be Grimes, after hearing her newest song 'We appreciate power'. It is such a unique sound and I think she would be a very interesting artist to work with, the musicality of this song is unlike anything I've really heard at the moment, and her lyrics are very real and relevant.

My first band was called Skrewhead, and we handed out our CDs in school that contained about 5 Biffy Clyro covers and 2 originals. Hopefully that never sees the light of day!

We want to keep creating and providing music that hopefully influences people. We aim to be at a point where we're able to tour as soon as possible so that we can take our music to other countries and let people outside of the local area hear us. As long as someone is listening and it influences them we are happy, we just want to expand that group.

It would be great to be in a position where we were touring this time next year or at least playing a good amount of festivals. Hopefully this time next year we will have a bit of a larger following which will allow us to push ourselves in the way that we want to.

We have a lot of music to record the rest of this year and a lot of unreleased music to put out before then as well, so expect lots of new Bubbatrees music before the year is out! We are playing the Hug and Pint Glasgow on the 18th of October and will be fitting in as many more gigs as we can before the year is over as well. We have a couple more things going on behind the scenes so keep an eye out on social media!