BTS to give debut performance of Butter at Billboard Music Awards

BTS are thrilled to get to give their new song, 'Butter', its live debut at the 2021 Billboard Music Awards on May 23. 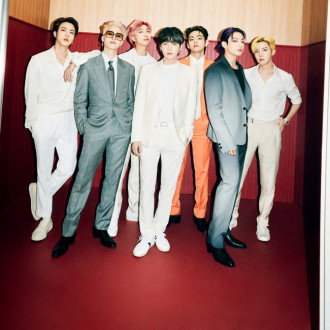 BTS are set to give the debut performance of their new single, 'Butter', at the 2021 Billboard Music Awards.

The Korean septet's second English-language single, following 2020's mega-hit 'Dynamite', will be released two days before their live performance of the track is aired at the awards ceremony on May 23.

They tweeted: "We can’t hold it in any longer! Our debut performance of “#BTS_Butter” will be at this year’s @BBMAs!

'Butter' is described as a "dance-pop track brimming with the smooth yet charismatic charm of BTS".

The boy band had record-breaking success with their very first all-English track.

With 'Dynamite', BTS became the first Asian act ever to debut at the number one spot on the Billboard Hot 100 chart in the US, with a debut sales week that outsold every track released in the last three years.

The song also broke multiple streaming records on Spotify, iTunes, and YouTube, and earned the group their highest-charting single in the UK when it debuted at number three.

However, not winning has become a "driving force" for them to take home one of the prestigious golden gilded gramophone trophies in the future.

V said: “Not winning somehow refreshed me. I think it will be a driving force for becoming better.”

Suga added: “We didn’t get an award this year. But we want to be active as singers for a long time, it’s difficult of course, but perhaps next year, or the year after or before the end of our career, we want to get a Grammy.”

BTS' last album was November's 'BE (Deluxe Edition)', which was created in response to the COVID-19 pandemic and the thoughts and feelings they were feeling.