Brooks Laich is ''open'' to reconciling with Julianne Hough, despite feeling ''humiliated'' when they split. 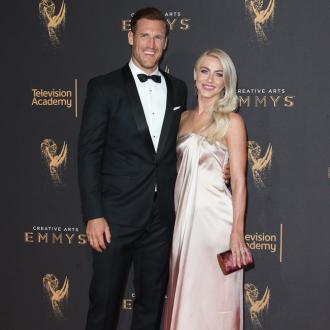 Brooks Laich is ''open'' to reconciling with Julianne Hough.

The 32-year-old professional dancer ended her marriage to the hockey star in late May after three years together, and while the sportsman initially felt ''humiliated'' and refused to think about the possibility of a reunion, he's now coming round to the idea of repairing his marriage.

A source told E! News: ''At first Brooks was not open to reconciling.

''She bruised his ego and left him feeling humiliated, but he never stopped loving her. He was doing all of this to give her what she needed. Now that some has passed, it seems like he's more open to the idea of reconciling.

''It's been a very fluid situation. They still love each other, and the lines of communication are open.''

According to the insider, the former 'Dancing With the Stars' professional wanted to end the relationship because she felt ''there was more out there in the world for her to experience, and that perhaps she had settled down into married life too soon'', but has now begun to think differently.

The insider said: ''With the world now on pause, Julianne doesn't have the distractions she had several months ago and finds herself missing Brooks.

''It really hit her over her birthday that maybe she moved too quickly and didn't appreciate what she and Brooks had together.''

The pair are both said to have ''complicated'' feelings about their future.

The source said: ''To say things are complicated would be an understatement, but it doesn't seem like either one of them is ready to close the door for good.''

Prior to their split, we're told Julianne felt like

Julianne hinted at regretting her decision to leave Brooks earlier this month, when she posted a quote which spoke about feeling ''depressed'' and ''hopeless''.

The quote read: ''When feeling stuck, depressed, anxious, or hopeless, try taking your attention off of yourself and helping someone less fortunate than you. Selfless acts of service ignite life force energy in the giver.''