Brooklyn Beckham is following in his famous father's footsteps.

Brooklyn Beckham, the 15-year-old son of David and Victoria Beckham, has made his modelling debut in high-end magazine Man About Town - a glossy biannual publication "targeted at high-end business-engaged and culturally-orientated male urbanities." 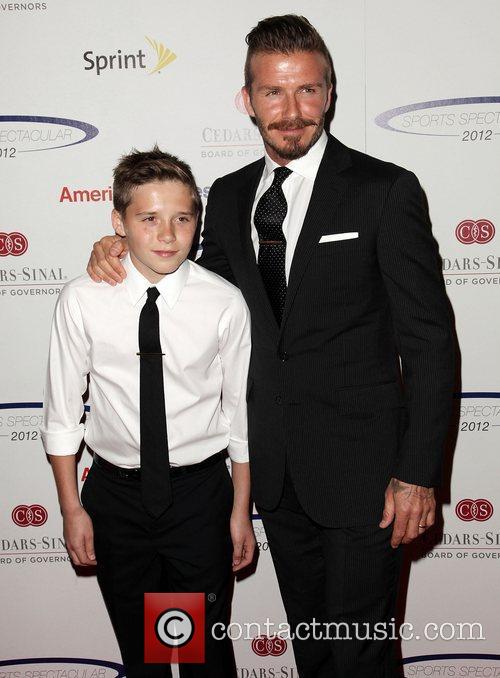 Brooklyn appears on the cover, accompanied by the word 'Quiche' - a reference to Chris Lilley's Australian sitcom Ja'Mie in which the word means "a step above hot," reports the Telegraph.

The 20-page fashion story inside celebrates the teenager's style and the photographs are shot by Alastair McLellan, a photographer who is mother has previously worked with. Brooklyn dons various designer garments from the likes of Ralph Lauren and Saint Laurent.

"We could not have wished for a stronger subject than Brooklyn to bring this story to life," said the publication's editor, Ben Reardon. "He was a diligent, relaxed cover star for his first ever fashion shoot."

"It is clear that he is becoming a credit to the family name, not only possibly the most famous in the world but one with a wealth of heavyweight fashion influence behind it," adds Reardon.

An aspiring footballer, Brooklyn has been courted by various Premier League clubs and has already turned out for the Chelsea and Queens Park Rangers academies. In November 2013, it emerged that Manchester United were monitoring the teenager with a view to offering him a place in their academy. David Beckham took Brooklyn to United's Carrington training ground and is it understood more sessions are planned.

More: David Beckham banned from swimming in the Amazon River

Watch Brooklyn Beckham and his brothers enjoying a day out at Disneyland: