Brooklyn Beckham and Nicola Peltz will have three engagement parties, one thrown by each family and one hosted by the couple in New York. 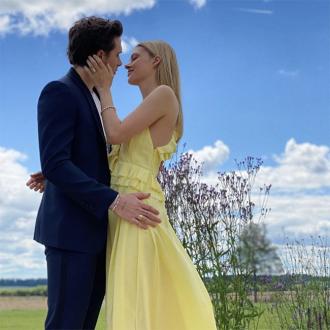 Brooklyn Beckham and Nicola Peltz will have three engagement parties.

The 20-year-old aspiring photographer recently proposed to the 25-year-old actress and it has been claimed that the pair will have three separate bashes to celebrate, one thrown by each family and one hosted by Nicola and Brooklyn in New York.

Nicola is the daughter of American businessman Nelson Peltz, who is a backer of US President Donald Trump, and Brooklyn's mother Victoria Beckham is reportedly worried that her liberal pals will not attend a bash to which Trump and a number of prominent Republicans are invited.

A source told The Sunday Mirror newspaper: ''There have been a lot of logistical problems with Brooklyn and Nicola's engagement parties.

''Nicola's dad is friends with Trump and a lot of republicans, which is the complete opposite to Victoria's friends.

''She thinks many of her liberal friends won't attend a bash with Trump so she is planning a party in the UK.

''So right now there is one in the UK, one in Florida and one in New York. And then, of course, there is all the planning for the actual wedding.''

Meanwhile, it was previously revealed that Prince Harry and Meghan, Duchess of Sussex, will be invited to the wedding, as his parents are close friends with them both.

Harry and Meghan invited David and Victoria to their 2018 wedding, and sources now say the couple will be sending out a Save The Date notice ''as quickly as possible''.

A source said: ''Brooklyn's wedding will be one of the most star-studded weddings of all time thanks to his parents' connections.

''Prince Harry and Meghan are top of the pile as David and Victoria are good friends with them and know their attendance would make the day even more special.

''Their schedules are so hectic that David and Victoria want to get their invitations out as quickly as possible.''