Bonehead says a dwarf invaded the stage during Oasis gig

According to Paul 'Bonehead' Arthurs, a dwarf invaded the stage and grabbed Liam Gallagher's tambourine when the band were performing in the US. 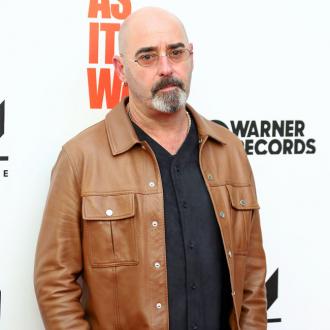 Paul 'Bonehead' Arthurs claims a dwarf once invaded the stage during an Oasis gig.

The musician - who played guitar for the 'Champagne Supernova' rockers during the 90s - recalled how they were ''freaked out'' after the dwarf snatched Liam Gallagher's tambourine.

In an interview with NYUP Music, Bonehead said: ''We had loads of strange encounters with fans in the band, too many to try and remember really.

''We had a dwarf jump onstage once somewhere in the USA, right at the end when we were playing 'I am the Walrus'.

''He grabbed Liam's tambourine and started dancing around the stage with it. Freaked us out till one of the security picked him up and threw him back into the crowd.''

The 55-year-old rock star also explained how a taxi driver directed a group of Oasis fans from Italy to his house in Manchester.

He said: ''One time I had a group of fans turn up at my house from Italy. They'd flown over to London to find Liam and Noel's house, they caught a train to Manchester. They jumped in a taxi and asked the driver to take them to Bonehead's house.

''Luckily he knew where I lived and they arrived and sat outside till I showed up. I spent an hour with them chatting and signing stuff and away they went. We used to get that a lot but nothing so mad it'd do your head in.''

Bonehead also revealed how he became friends with other bands during his time in Oasis.

He said: ''I struck up friendships with a lot of the bands in the early days though I wouldn't say any stand out as being influential in the sense that they gave me guidance.

''I loved playing with The Verve, Cast, etc. Still friends with a lot of the people we played with in the early days.

''I'd say the people around me in Oasis were the biggest influences back then.''