Biggie Smalls' son CJ Wallace was inspired to remix his father's music after hearing Miley Cyrus' 'Party In The USA', remixed with his dad's 'Party & B*******'. 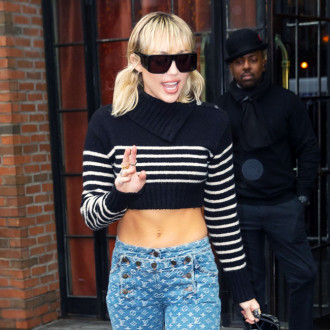 The Notorious B.I.G.'s son CJ Wallace was inspired to remix his father's music after hearing Miley Cyrus' 'Party In The USA'.

CJ has released a house mix of Biggie's classic 1994 hit 'Big Poppa', under the moniker Frank White and revealed he was so impressed by Miley's 'Party In The USA' remixed with his dad's 'Party & B*******' that he decided to create his own versions of his father's classics.

He told Variety: "Hip-hop and R&B is in our blood, in our family. But appreciating other genres — my brother's a DJ, we both do music and write together and go crazy listening to Disclosure — we love everything, it was a creative idea we always wanted to do. We've made different types of house style records, but the only time I've heard Biggie's songs remixed were Miley Cyrus 'Party In The USA' remixed with 'Party & B*******'. One of the dopest tracks, nobody gives it the credit it deserves. That made me see okay, he could live in a whole other genre. It doesn't have to be hip-hop or the raw s***, it can be whatever we want it to be."

CJ also collaborated with Willie Mack of Think B.I.G and Jonathan Hay of R.U.S.H. Music to work on 'Ready to Dance', a collection celebrating the relationship between house and dance music by reimagining the music of The Notorious B.I.G in a new light.

He said: "Last year, Jonathan had done Eric B. and Rakim's album 'Follow the Leader' reimagined as jazz. We listened and loved it. They came to us with the idea of recreating Biggie's music as house and techno. We gave it more life, real legs. Told them if we're part of it, it could really be something bigger than what we could imagine. I always wanted to be part of my dad's music somehow, this seemed the right way. My love for house has grown in the past few years."