Best Songs of League of Legends

This a must-hear video game soundtrack.

League of Legends has always had a decent share of the talk in the gaming world. The multiplayer online battle arena, or MOBA for simplicity, the video game was developed by Riot Games with several games of the genre such as Warcraft sequels and DotA as its inspiration. The game, however, surpassed all predecessors of the genre and came forth to be one of the most popular videogames of today. 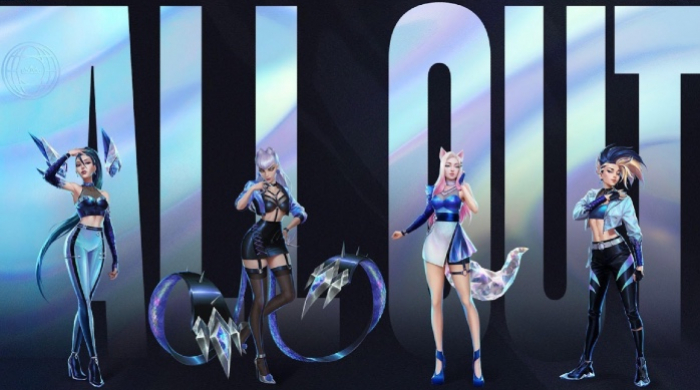 The game is well-known to have concerts arranged for promotional purposes and events, and several exclusive tracks associated with it that have been released for these large-scale events. Riot Games as a company despite staying in the gaming industry as their prime focus has built a stronghold in the music industry as well. Throughout the past years, they have managed to collaborate with big names such as Imagine Dragons, Zedd, and 2wei, while bringing forth new talent of their own such as K/DA and Pentakill. Other games are also trying to replicate the musical path that League of Legends is taking, Fortnite is going strong with the various concerts, especially the most notable Travis Scott event. If you’re into Fortnite and want to have skins with your favorite artists, you can look up Fortnite accounts where you can find accounts with Travis Scott, Marshmello skins and many more.

Ever since the span of its release, numerous tracks have come forward from the team of League of Legends, several of which resonated with fans and music lovers as timeless hits. Today, that’s all we’ll be talking about. So without further ado, let’s get down to discussing these musical masterpieces.

The phenomenal track gained massive acceptance and fame, as is known far and wide by esports players and other people, even those that are not well-acquainted with League of Legends. The song was first played as the anthem of World 2017 that took place in China in the Beijing International Stadium. It was produced by Mako, Oliver and Riot Games Music, along with collaboration with Against the Current. The song carries a strong uplifting vibe within its lyrics for the player, with a catchy rhythm further boosted with an incredible music video that features characters Ashe, Lee Sin, and Garen in various elements of their lore backstory. The song carries a rating of 8.5/10 on IMDb.

The theme song of the League of Legends animated group K/DA, which features the English and Korean voices of MiYeon, Madison Beer, Jeon Soyeon, and Jaira Burns, who are portrayed as their respective in-game characters Ahri, Evelynn, Akali, and Kai’Sa. The skins featured with these characters in the music video for the song were made available for purchase alongside the song’s release. The song carries one of the fastest viewership records on YouTube and was released as a promotion for the 2018 World Championships, held in South Korea. It was also performed live by the singers with their virtual counterparts as augmented reality as the tournament’s opening ceremony, which created a huge stir on the internet, further adding to the popularity of the single. The track has a hype-up and independent self-love vibe to itself. Several Critics have passed positive reviews on it, for instance, Julia Alexander from the online editorial The Verge has called the song a “straight up banger”.

True Damage’s debut release, GIANTS brings forth an animated Hip Hop band from the makers of League of Legends. The band consists of characters Akali, Qiyana, Ekko, Senna, and Yasuo, who are given voices by Jeon Soyeon, Becky G, Thutmose, DUCKWRTH, and Keke Palmer. Yasuo acts as a DJ, representative of Riot Games Music Team while the rest of the characters are voiced with lyrics in English, Korean and Spanish.  The song was premiered by Riot Games in 2019 during the League of Legends World Championship’s finals held in Paris, France. Similar to what they did for POP/STARS, Riot released the skins featured for the characters in the music video for GIANTS for purchase.

RISE was also featured in the 2018 World Championship as the tournament’s main theme song, alongside K/DA’s POP/STARS. The song was organized by Riot Games Music and is a result of the collaboration between The World Alive, The Glitch Mob, and Mako.  The song features a vibe of uplifting the players and pushing them to strive further, in the spirit of the Tournament. It is the fifth single released by Riot Game Music.

MORE is the second single released by K/DA in 2020, featuring the previous lineup from POP/STARS, MiYeon, Madison Beer, Jeon Soyeon, and Jaira Burns, along with collaboration with Seraphine (Lexie Liu). K/DA states the song symbolizes the evolution of the band and aimed the song to be something big and epic, in a way that it lives up to be a worthy follow-up of their huge hit POP/STARS. The multicultural song carries lyrics in three different languages and has a majestic feel to it.

The third track from K/DA's extended play (EP) ALL OUT; VILLAIN is featured as the feature track for the K/DA member Evelynn. Her vocals are voiced by American singer Madison Beer, just as in MORE and POP/STARS. The voice of German-American singer Kim Petras also adds to the vocals of the song. The song gets a lot of praise for its spectacular music video too; something that came off unexpected for the fans.

Released two years after the hit POP/STARS, THE BADDEST is a single track that centers on the character Akali. bringing her in the spotlight throughout the song. It brings in the voices of Wolftyla and Bea Miller for the vocals of Kai'Sa and Evelynn, respectively. The release of the single coincided with the announcement for the League of Legends EP, ALL OUT. The song is one of the reasons Riot Games signature band K/DA stands on par with other K-Pop bands; a great accomplishment indeed.

This single came off as an igniting anthem for the 2019 League of Legends World Championships, held in Berlin, Madrid and Paris. The song rejuvenates a player’s spirit to give the game it all even if they have failed before, much like how a mythical phoenix is reborn after death. It emphasizes overcoming challenges and taking control of your deep fears within to achieve the prize. The sixth single released by Riot Games Music, along with Mako, the song features the voices of Chrissy Constanza of Against the Current, and Cailin Russo.

The song is the fourth track from the EP ALL OUT by K/DA. This particular song is all about Kai’Sa’s character development as someone who steps out of their comfort zone and builds up their confidence to surpass limits. The song has vocals Aluna and Bekuh BOOM, along with Wolftyla who also voiced Kai’Sa previously in THE BADDEST. The song is packed with very lively lyrics that can get almost anyone tapping their feet and down on their feet to do a few moves.

Held in Shanghai, China, the League of Legends World Championship 2020, better known as Worlds 2020, featured Take Over as their official anthem. The anthem is the seventh in the lineup and falls in the pop-rock genre with an action-packed rhythm. For its vocals, the song, in a similar fashion to most tracks by K/DA, makes use of Henry Lau's K-Pop origins and fuses it with MAX and Jeremy McKinnon, two singers from the United States. The music video of the song comprises an animation featuring the game's most prominent players in a cartoon-styled, animation version.

Each of these tracks in the list of Riot Games music rivals one another, offering its own set of unique vibes and flavor while sticking to the same basic ideology. They have received a lot of love from fans worldwide and have proved to be an excellent marketing strategy. We expect a brand new single soon this year too with Worlds 2021. If you plan to partake in the competition but lack in terms of levels while not in the mood for vigorous grinding, then fret not. We have the perfect solution for you at the Eldorado marketplace where you can buy LoL accounts and even buy LoL rank boosting if you want to get out of elo hell quickly.

We hope you have fun blasting these songs while playing League of Legends!