Photographer Astrid Kirchherr - who helped The Beatles develop their iconic style and was the first to snap them on their 1960 Hamburg trip - has died aged 81. 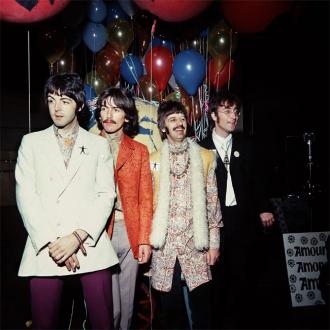 The German photographer - who helped The Beatles develop their iconic style through her early shots of the band - sadly passed away last week a few days before her 82nd birthday, following a short illness.

''Her gift to the Beatles was immeasurable. She died in Hamburg on Wednesday, a few days before turning 82. RIP.''

Kirchherr took the first photo of the legendary band - at the time made up of Sir Paul McCartney, John Lennon, George Harrison, Stuart Sutcliffe and Pete Best - during their first Hamburg trip in 1960.

She began dating original bassist Sutcliffe - who left the following year to pursue painting - and she even styled his hair into the iconic mop top style the band became associated with.

Harrison once said: ''Astrid was the one who influenced our image more than anyone else. She made us look good.''

Kirchherr and Sutcliffe got engaged, but the musician tragically died from a brain haemorrhage aged just 21 in 1962.

The photographer - who married twice but had no children - stayed friends with the group after her partner's death, and went on to snap them throughout the 1960s.

She later said of Sutcliffe: ''He was, and still is, the love of my life.

''I never met another man who was so fascinating, so beautiful, so soft and well mannered.''

She remained close to the band - even holidaying with Harrison, McCartney and Sir Ringo Starr in Tenerife in 1963 - and was the only photographer allowed to take pictures of them during filming for 'A Hard Day's Night'.

Their manager Brian Epstein banned all photographers from the shoot, but Harrison argued that she was ''family''.

However, she would give up photography soon after as she lost her passion for the art.